Reshaping military relations with the US
By Paul Lin 林保華

Beijing has co-opted these pan-blue leaders in a vain attempt at using the so-called “1992 consensus” to “colonize” and split Taiwan. It is a serious threat to national security and Taiwan must respond.

Considering Kaohsiung as a US military base of sorts would be of particular significance to Taiwan’s national security and Kaohsiung’s economic development.

Since taking office, Philippine President Rodrigo Duterte has been moving toward China and away from the US.

For example, before his election, he said that as long as China was willing to help pay for railroads in the Philippines, he would send one of his predecessors, Fidel Ramos, to Hong Kong for direct talks with China. He called US President Barack Obama “a son of a bitch” while criticizing the US over its colonial history in the Philippines.

Duterte also asked US Special Forces personnel combatting Muslim militants on the southern island of Mindanao to withdraw from the region, said that the Philippines will cease joint patrols with the US in the South China Sea, and that Manila will buy arms from China and Russia.

In addition to being in its own strategic interests, the US’ return to Asia is intended to help Asian nations resist Chinese expansionism, especially in the South China Sea.

The Philippines in March opened five military bases to the US to strengthen its position in the sovereignty dispute between the Philippines and China over the islands and reefs in the South China Sea.

Under Duterte, the Philippines has made a U-turn and is leaving the US in an awkward position.

Taiwan occupies a crucial strategic position in the first island chain, and the Philippines’ wavering is making Taiwan even more important. If the US wanted to replace the Philippine bases, Kaohsiung would be a top choice, because aircraft carriers could anchor there and it is located between Japan’s Miyako Islands and the Bashi Channel, which the Chinese must traverse to reach past the first island chain.

In addition, Taiwanese shipyards in Kaohsiung could service US ships, while Kaohsiung International Airport could be expanded. Another choice would be Taichung Airport, close to Chingchuankang Air Base.

In 1954, the US and the Republic of China (ROC) government signed the Sino-American Mutual Defense Treaty, which had a military focus, but also included political, economic and social cooperation.

The treaty was terminated in 1979, when the US established diplomatic relations with the People’s Republic of China.

Members of the US Congress have recently proposed a “Taiwan Travel Act” bill that would, if passed, allow high-level Taiwanese officials to visit the US and meet with top officials at the Department of State and the Pentagon.

Such an act would kick-start cooperation between Taiwan and the US in general, and military cooperation with the Pentagon in particular. 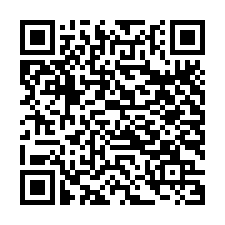