As expected, as soon as US President Donald Trump took office, the US withdrew from the Trans-Pacific Partnership (TPP). Trump also lashed out at China, Germany, Japan, Mexico and other countries. However, in his random attacks, Trump made two mistakes: He failed to distinguish major problems from minor, and he failed to distinguish political friends from foes.

By not distinguishing between major and minor issues, he failed to recognize that those countries hurt US business interests to different degrees and should be treated with different policies. The same applies to political relationships.

What hurts the US economy most is China, the biggest beneficiary of globalization, while the US is China’s biggest victim, the Chinese news outlet The Paper said on May 6 last year.

According to the article, US-China trade was balanced in 1985, when both import and export trade stood at US$3.9 billion. In 2015, the US trade deficit with China reached a high of US$365.7 billion, a record deficit not only in US-Chinese trade relations, but in any bilateral trade relations.

These are China’s own figures. If Washington only deals with other countries and ignores the main culprit, it will only get “half the results with twice the effort,” as a Chinese saying goes, because it will be much more effective to deal with one major country instead of going after dozens of small countries. If it can handle Beijing, all the smaller countries will fall in line.

Countries such as Germany and Japan respect the current international order, and they cooperate with the US. As they are all democracies, they can resolve their differences to varying degrees through negotiation rather than force.

China is different; it is an authoritarian state and often threatens military action. For Beijing, negotiations are nothing but a tool of deception, as can be proven by historical fact: Has China improved its human rights conditions or freedom since the US listed it as a most favored nation? Despite joining the WTO, it continues to practice the strictest protectionism. What kind of free economy is it when the Chinese government assists its businesses in dumping their goods in foreign markets?

Alibaba Group Holding Ltd founder Jack Ma (馬雲) said China and the US could end up in a trade war if they cease normal trade relations. Considering Ma’s connections with the Chinese government and princelings — the children of top Chinese leaders — these remarks could well be representative of the opinion among Chinese leaders. They also revealed that China might be less assured than it tries to sound. Losing the huge economic and trade benefits offered by the US would be a devastating economic and financial blow. Local governments will focus on protecting their own interests and indirectly act more autonomously, turning the central government into a mere figurehead.

The US’ withdrawal from the TPP is not necessarily a bad thing for Taiwan. White House National Trade Council Director Peter Navarro is fully aware of the economic and political difficulties Chinese oppression is causing Taiwan, and he is expected to minimize impact on Taiwan during trade talks.

However, with the US withdrawal from the TPP, Pacific Rim democracies lost a great platform for fighting Chinese expansion through economic cooperation. Japan is now taking over TPP leadership in the region, and perhaps the US some day will return.

The US must indeed make itself great again, but not only economically. It must also make the spirit it was founded on — freedom and human rights — great again, and this must of course be backed up by economic and military strength. 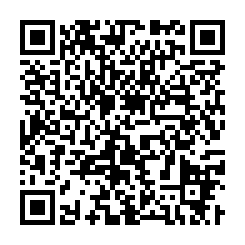