to South Korea. With help from the US, Seoul is deploying a Terminal High

a boycott of all South Korean goods.

row to show its support for Beijing.

ago. After World War II, it continued to support the North, which poses a

security threat to the South. Following democratization, the Seoul government

has tried to curry favor with China, hoping that Beijing could control the Kims.

Even so, China is trying to deprive South Korea of the right to defend itself,

hoodlum, South Korea’s ruling and opposition camps, businesses and the

media are united against the enemies, despite political chaos in the nation. The

in Taiwan who were expelled by the Chinese in 1949.

be a gentleman, proposing “a new model for relations” with the US and

demanding that the world recognize it as a full-fledged market economy.

the Lotte Mart outlets, but the Chinese Ministry of Foreign Affairs spokesman

on Monday said that China welcomes all foreign companies, including from

South Korea, to invest there.

On the eve of the Chinese Communist Party’s 18th National Congress in 2012,

at which Chinese President Xi Jinping (習近平) took over the presidency,

Beijing stirred up anti-Japanese sentiment. Now, it is repeating the trick against

Seoul on the eve of the 19th National Congress, which is to take place later this

hoodlum China, the US and other Western nations should offer all assistance

they possibly can, just as they did when they sent UN forces in the Korean War.

The six-party talks that began in 2003 are a fraud created by China. They have

yielded no results, while China and North Korea have grown militarily. Since

then, Pyongyang has developed nuclear capability and test-launched long-range

provocations. Although the UN Security Council approved sanctions against

Pyongyang last year, Beijing has taken to action. It was not until it came under

However, China has an overcapacity of coal, so this sanction is based purely on

self-interests. What Beijing should do is to immediately stop supplying crude oil

to North Korea to paralyze its military actions.

hoodlum like China. Perhaps the only solution is for Washington to give Beijing

a lesson. The best argument for that is the fact that since the end of the Korean

War, East Asia was at peace until the “rise” of China. 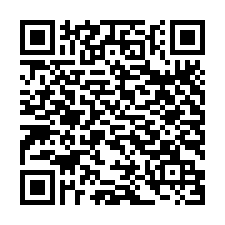