Gradual independence is the opposite of rushed independence. China’s military, economy and diplomatic relationships are more powerful than Taiwan’s. Therefore, a gradual approach is needed to build a consensus behind Taiwanese independence that is broad enough to counter China’s “united front” strategy and threat of a military invasion.

When I voted for Tsai Ing-wen (蔡英文) in the 2016 presidential election, I did not expect her to realize Taiwanese independence or establish a sovereign state during her first term, and she never said she would. To deal with the old party-state power, Tsai must first clear the domestic political battlefield.

Internationally, only the US is powerful enough to support Taiwan’s independence efforts, but only when most Americans regard war against China as necessary to maintain their national security will they support Taiwan’s efforts.

Rushing things could damage Taiwan-US relations, as exemplified by then-US president George W. Bush’s rebuke of then-Taiwanese president Chen Shui-bian (陳水扁) during his 2003 meeting with then-Chinese premier Wen Jiabao (溫家寶). However, even with a gradual approach, concrete progress must be made.

The Tsai administration has made progress by enhancing the nation’s military capability, eliminating Chinese influence as the implementation of transitional justice removes their brokers, and strengthening the economy and the Forward-looking Infrastructure Development Program. It has also blocked China from undermining Taiwan’s high-tech industry and implemented the New Southbound Policy.

Were it not for these accomplishments, Zhang would not be shooting his mouth off. Nevertheless, the government could be more assertive.

For instance, the names of state-owned enterprises containing the word zhonghua (中華) and “China” (中國) could be changed. The General Association of Chinese Culture (中華文化總會) should be first, especially as its deputy secretary-general Chang Tieh-chih (張鐵志) was denied entry to Hong Kong last month.

There is also a lot of confusion in Taiwan because longtime Chinese cultural indoctrination has not been eliminated. The Awkward phrases in the national anthem, such as “our party” and “three principles of the people,” should be changed.

Some young people are being incited to oppose local Taiwanese political power, perhaps as a result of China’s “one generation and one stratum” (一代一線) — the younger generation and the grassrootsstratum — policy, which is part of its “united front” strategy.

As young talent and students are being headhunted by China, the National Youth Commission, integrated into the Ministry of Education’s Youth Development Administration by former president Ma Ying-jeou (馬英九), should be reinstated. Minister of Culture Cheng Li-chiun (鄭麗君) made significant contributions during her term as chairwoman of the commission, but she does not seem to put the same effort into her current job.

The Democratic Progressive Party’s Department of Youth Development should also be more self-aware and guard against becoming bureaucratized to avoid having the generation that thinks of Taiwan as being independent be the generation that brings about unification. 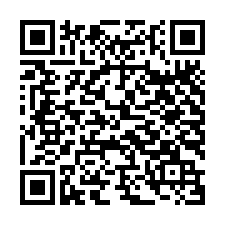