A trade war would harm China more than the US
By Paul Lin 林保華
Taipei Times 2018.4.1

The US-China trade war has begun.

At first, China threatened revenge, saying it would “fight to the end” and warning the US to “pull back before it is too late.” When the threats were ineffective, China pretended to care more for the US than the US itself, saying a trade war would harm other nations and the US.

The trade war is certainly going to harm China more than the US. Without a war, China would continue stealing intellectual property and enjoy a substantial trade surplus, and the US would never be able to turn things around.

China’s rise relies on its trade surplus with the US, which amounts to hundreds of billions of US dollars every year. Having grown strong at the US’ expense, China is hitting back, attempting to destroy universal values established by Western countries.

Only by discouraging this practice will China’s expansion be stopped and domestic reform started. The trade war is targeting China’s economic foundation, and only by weakening it will its superstructure be changed or bring down and the West’s survival ensured. This is a war without gun smoke that will determine the future of the US, Taiwan and the entire world.

However, gun smoke cannot be entirely ruled out.

China invited North Korean leader Kim Jong-un to Beijing to generate some smoke to interfere with the US’ strategic plans. “Emperor” Xi Jinping (習近平) might declare war on the US — and that would be the best way to engineer the fall of the Chinese empire.

The US’ main exports to China are soybeans, sorghum and Boeing aircraft. While the US government is capable of subsidizing a small farming population, Boeing Co would suffer most from a trade war.

If foreign trade and investment — the main engines driving China’s economy — dry up, the hidden employment problem would emerge, and this is the greatest threat to stability.

After the conclusion of the Chinese National People’s Congress and the Chinese People’s Political Consultative Conference, Chinese Premier Li Keqiang (李克強) said that by increasing its high-tech exports, the US could solve its trade deficit.

This would be drinking from a poisoned chalice. China’s “Great Firewall” was build with technology transfers and the assistance of high-tech US Internet companies, allowing China to block Internet users from accessing anything the government considers harmful and to train hackers that are now attacking the US.

Who, then, will apologize to foreign businesses for China’s past wrongdoings? Will Li or Xi?

Trade wars ebb and flow. The US was right to start with a tough stance and then to exempt friendly countries, isolating China. This trade war must be followed by reforming every international organization infiltrated by China — such as the WTO, the WHO and the UN — to restore world order. Doing so will sooner or later restore and expand the Comprehensive and Progressive Agreement for Trans-Pacific Partnerships.

Foreign businesses — including Taiwanese companies — investing in China must not be short-sighted. They should teach China that building a genuinely free market and supporting fair trade is the only way to guarantee profits: Only the political and legal system of a free economy will guarantee fair trade and world peace. 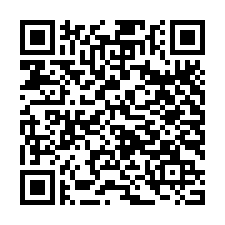