As a China-US trade war heats up, Washington has banned Chinese telecom ZTE Corp from buying US-made chips and components. Beijing has responded with hard and soft tactics, but is focusing mainly on the soft, which shows that the US has hit the mark, since a hoodlum bullies the weak and fears the strong.

Gang leader and Chinese President Xi Jinping (習近平) pretends to be tough lest he lose authority and his regime collapse, and it appears as if Chinese Vice Premier Liu He (劉鶴), who is in charge of the economy, has had to give up some of his powers in an internal power struggle.

ZTE’s panicked reaction shows that China, despite the advancement of its information and communications technology (ICT) industry, still does not possess some key chipmaking technology. Xi’s demand that Chinese companies obtain such technology cannot be easily achieved.

As Chinese businesses, just like the Chinese Communist Party (CCP), are eager for quick success and instant benefits, they have been buying and stealing such technology. A US chip and component ban would kill them.

The question is how long the US ban will last, and whether the US will fall for Chinese sweet talk and compromise.

Washington has seriously underestimated Beijing’s ability to fight back. When the Chinese military in the late 1990s threatened “unrestricted warfare” against the US, Cisco, Intel and other US international corporations helped China build the “Great Firewall” and its high-tech industry, which has had severe consequences.

If Washington drops its sanctions, it would allow China to set the direction of human development and abuse universal values.

Since Japan, South Korea, India and European nations are wary of China, Beijing is pinning its hopes on Taiwan.

On April 27, “WeChat in China” published an article featuring an overall introduction to Taiwan’s electronics industry, which prides itself in its leading global position. Taiwan’s chip sector is an important link in the US’ supply chain.

If China is to upgrade its electronics industry, it must depend on Taiwanese chips, which is why the supply of Taiwanese passive components and silicon wafers has been unable to meet demand and prices are rising constantly.

China is still dealing with Taiwan by stealing or buying its technologies and poaching its professionals, and Taiwan has suffered from these tricks.

US national security is also Taiwan’s national security. The Democratic Progressive Party government is more capable of working with the US to control this situation, and prevent key technologies and products from falling into China’s hands.

However, as exchanges between Taiwan and China are frequent, and some Taiwanese businesspeople are governed by a “greater China” awareness and self interest, it is difficult to prevent such poaching and theft. This means that the government must tighten control.

The people involved must also clearly recognize the US’ bottom line and avoid punishment or sanctions by not repeating mistakes other businesspeople have made, such as smuggling oil to North Korea.

Taiwan will pay a price in dealing with China’s annexation attempts, and the government must prohibit agencies from using Chinese ICT products and educate Taiwanese not buy such products just to save a few dollars, since they could come at the cost of national security and personal privacy.

The biggest domestic concern is the inability to tell friend from foe, especially in economic terms and in our daily lives, and this is an area where the government must take the lead. 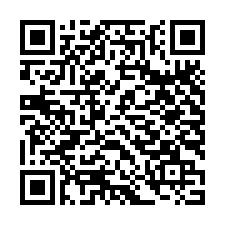