PRC navy might be no more than a paper tiger
By Paul Lin 林保華
Taipei Times 2018.7.1

According to some Chinese media reports, Chinese President Xi Jinping (習近平) on June 12 visited the Pilot National Laboratory for Marine Science and Technology in Qingdao, China, calling for a “strong maritime nation” to be built.

He then traveled by boat to Weihai’s Liugong Island (劉公島), where the Qing Dynasty’s Beiyang Fleet was formed before the island was occupied by British and Japanese troops for years.

While visiting the ruins of the fleet’s base and the Museum of the Sino-Japanese War, Xi said he had always wanted to go there and to learn from the island’s history.

He also said that China should be on the alert at all times, and the more than 1.3 billion Chinese should learn from history and strive to become stronger.

Xi’s Belt and Road Initiative and Chinese expansion in the East and South China seas have exposed Xi’s ambition to build a strong maritime state. This makes one wonder if his sudden visit to the site where the Beiyang Fleet was destroyed was an attempt to stir up hatred between China and Japan.

It was not long before the questions about Xi’s visit were answered.

On June 16, the Chinese Communist Party’s Central Commission for Discipline Inspection and the National Supervisory Commission announced on their Web site that Sun Bo (孫波), general manager of China Shipbuilding Industry Corp, which is responsible for building China’s homemade aircraft carriers, was under investigation for suspected serious contraventions of party disciplinary rules and the law.

The state-run company is the main force behind the research and development of advanced Chinese naval armaments, from aircraft carriers to nuclear submarines, including the Liaoning and China’s first homemade aircraft carrier.

That such a key figure is involved in corruption means that his company has been cutting corners when developing and building aircraft carriers, implying that the vessels might be weaker than they look.

Learning from the West’s strong ships and powerful artillery, the Qing Dynasty built four modern naval fleets during its Westernization movement. The Beiyang Fleet received the most investment and was the largest of the four. It was once the world’s eighth and Asia’s largest fleet.

Formed in 1888, it was almost completely destroyed by the Japanese Navy in the First Sino-Japanese War just six years later.

There are arguments about why the fleet was destroyed, but what is certain is that the empire’s officialdom was extremely corrupt as most officials greedily sought wealth, while military morale was low and naval armaments were incomplete or damaged.

How could the Qing empire compete with a Japan that was leaving Asia behind and was aiming to join Europe during the Meiji Restoration?

Although well more than 100 top military officers have been arrested in Xi’s anti-corruption campaign, the leadership of the company responsible for building a strong navy continued to engage in corruption.

Even more consternating, Liu Changhong (劉長虹), the company’s head of ethics appointed by the central commission, was dismissed from his post and expelled from the party for taking bribes last year, implying that there is more than meets the eye in this case.

Given these circumstances, how can the company’s products be reliable?

Once the Chinese aircraft carriers and warships see battle, will they repeat the embarrassment of the Beiyang Fleet and be wiped out entirely by the experienced US Navy? 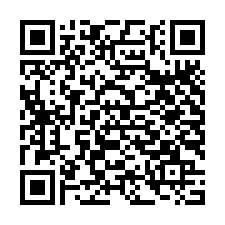