Over decades of ongoing revolution and construction, the Chinese Communist Party (CCP) has several strategies and tactics that were concisely described by Mao Zedong (毛澤東).

This is the strategy the CCP has been using to interfere during the campaign period for the Nov. 24 elections: First establishing Taipei Mayor Ko Wen-je’s (柯文哲) advantage in Taipei and then trying to pull Kaohsiung, which belongs to the Democratic Progressive Party (DPP), and then using the north and the south to pull central Taiwan along toward victory for its preferred candidates.

The CCP has also adopted Lin Biao’s (林彪) “one point, two sides, three-three system” strategy whereby two sides deploy enough troops to make a double envelopment of the enemy before finding a weak link and breaking through at one point followed by deep attacks by groups of three.

The DPP used this strategy to great advantage in the 2014 elections, but this year it cannot deal with Chinese Nationalist Party (KMT) Kaohsiung mayoral candidate Han Kuo-yu (韓國瑜).

Even with the spread of fake news and Internet polls, voters should be able to see through these candidates who say whatever comes into their mind without giving it any thought.

This can be easily seen by comparing the campaigns of the two camps in Kaohsiung and the changing tactics of the DPP’s mayoral candidate, Chen Chi-mai (陳其邁).

However, the Taichung World Flora Exposition has infused new vitality to Taiwan.

The Taichung expo’s exceptional design is attracting thousands of visitors every day — evidence that green governance is a guarantee for quality.

While much of Taiwan’s important infrastructure was planned by a KMT administration, it has been completed by a DPP administration, such as the Taipei MRT system, the Hsuehshan Tunnel and the Taiwan High Speed Rail. Others were planned — and completed — by a DPP government, such as the 435 Art Zone (435藝文特區) in New Taipei City’s Banciao District (板橋) and Kaohsiung’s Love River project and MRT system.

The Taipei Dome, on the other hand, has been a mess from former president Ma Ying-jeou’s (馬英九) time as mayor into Ko’s administration. It is time that DPP Legislator Pasuya Yao (姚文智), who is running against Ko, gets to clean up the mess.

Taichung Mayor Lin Chia-lung’s (林佳龍) administration thanked his predecessor, Jason Hu (胡志強), for his initial efforts in organizing the flora expo, but Hu responded by releasing questionable polls to muddy the waters, while his disciples have blamed the city’s long-standing air pollution on the DPP.

Lin Chia-lung has worked to develop central Taiwan together with Changhua and Nantou counties, disregarding partisan differences and looking at what is best for Taiwan, an approach that the pan-blue camp could learn from.

Three former Government Information Office directors. all of the DPP, are running for mayor: Lin Chia-lung and Cheng Wen-tsan (鄭文燦) are seeking re-election, plus Yao.

Hopefully Chen will hold the south and the positive effects of the Taichung flora expo will spread north, and all three will win. 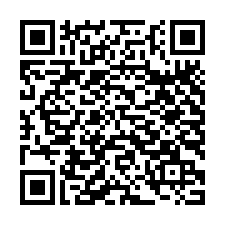