The nationwide local elections on Nov. 24 last year saw major losses for Taiwan’s pro-independence parties. One of the reasons for this setback is that some voters fell for then-Kaohsiung mayoral candidate Han Kuo-yu’s (韓國瑜) promise that they would get rich if he became mayor. Some of those people already regret voting for him.

Why did voters fall for Han’s promises so easily? Some observers put it down to a Taiwanese tendency to “love money and fear death.” These words were originally spoken by Shinpei Goto, who served as head of civilian affairs under the Japanese governor-general of Taiwan from 1898 to 1906.

Following Han’s promise of monetary gain, the Chinese Nationalist Party (KMT) and the Chinese Communist Party (CCP) are now playing on the public’s “fear of death” by promoting the idea of a cross-strait “peace agreement.” If any such agreement ever materializes, it would enable China to take over Taiwan.

Loving money and fearing death are basic features of human nature, so it is not fair to single out Taiwanese. It is normal to love money, as long as it is made in an ethical way. There is nothing wrong with being afraid to die, either, but when it comes to guarding Taiwan’s sovereignty and universal values, sacrifices need to be made.

Vote-buying has always been a feature of elections in Taiwan. In last year’s elections, and indeed in this year’s legislative by-elections, it is said that there was an unending stream of China-connected money going straight into the hands of certain borough wardens and farmers’ association officers.

Some know perfectly well that it is wrong to take this money, but say “It is there for the taking.” The question is, what price will they pay after accepting it.

Many officials from all levels of government have gone on free trips to China, but there is a price to be paid for accepting such minor benefits. Once on the CCP’s files, they will have to reciprocate somehow. The price Taiwan will pay is that all its resources will fall into the hands of communist China. Most Taiwanese cannot simply run away, so they will end up as CCP slaves.

Few Taiwanese are willing to serve in the armed forces, so many ask what will happen to so-called “natural independence” when China rides into Taiwan.

Cheng’s book predicted that China would invade Taiwan in the summer of 1995. Many bought the book, believed the prediction and panicked. Events proved the prediction to be nonsense, but the author made a small fortune and then emigrated to the US.

Now it is the KMT and CCP’s turn, working hand in hand. If Taiwanese allow themselves to be fooled again, Taiwan’s doomsday will not be far off. What will happen to future generations?

Some Taiwanese are so fond of money and so afraid of death that they are willing to betray Taiwan and sacrifice the collective interest. Even if they portray their shameful deeds as “loving the Republic of China” or “loving Taiwan,” we should still resolutely resist them.

However, this kind of behavior is not a national characteristic. Taiwan’s subjective culture has taken shape over just four centuries, so it is not deeply rooted. Although it incorporates Aboriginal, European and Japanese cultural influences, none has as strong an influence as the Han Chinese culture brought from China by the ancestors of local ethnic Han people. In essence, it is Chinese peasant culture.

Money talks and some people think it determines everything. The CCP does, which is why it uses money to foster pro-unification sentiment and employs “dollar diplomacy” abroad. It has even more ways of encouraging the Taiwanese fear of death.

When Goto made his remarks about the Taiwanese character, he was observing the initial stage of a process. After World War II, the KMT took control of Taiwan, established a one-party state and imposed a corresponding system of education. For a long time, the KMT used Chinese peasant culture to brainwash Taiwanese children.

Even now, many Taiwanese are quite unaware of it and even proud of the mindset that was instilled in them. What was originally a kind and honest agricultural society has been polluted by selfish ideas, such as that Heaven will destroy those who do not look out for themselves and the idea that government by the right person can achieve anything.

This leads to personality cults and causes people to see everything in terms of price, not value, while seeking pleasure with no regard for the consequences.

The stains of shoddy Chinese culture cannot be removed by relying solely on Taiwan’s own culture. It is necessary to incorporate the universal values of freedom, democracy, human rights and the rule of law, which are absent from Chinese culture, and use them to create new concepts and perspectives. This cannot be achieved by just shouting slogans. 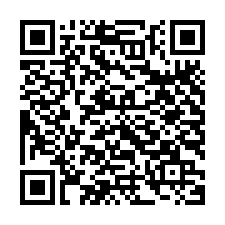