In 1989, the demonstrators in Hong Kong expressed their support for the Chinese democracy movement; this time they are fighting to protect their own rights.

Under British discretionary rule at the time, the Hong Kong government did not oppose the demonstrations, but this time, organizations, businesses and even families have been infiltrated by the Chinese Communist Party (CCP), in addition to the difficulties created by the government for the huge, suppressed demonstrations.

The significance of this cannot be understated.

Nevertheless, Western countries have done little to support the protesters, as they do not understand the issue well enough. In practice, the Western world did not understand the dangers of the 1997 Hong Kong handover either, because it was part of an appeasement policy and seen as perfectly natural.

However, the Hong Kong handover was a major shot in the arm for China.

First, the CCP used violence to grab power. Its rule has never been lawful and has always lacked legitimacy, especially after the great famine of the Great Leap Forward and the Cultural Revolution killed as many as 80 million people. That is the reason China used reform, opening up and economic development to build legitimacy. That legitimacy was once again destroyed by the Tiananmen Square Massacre, although the return of Hong Kong allowed Beijing to restore legitimacy with the help of nationalism, especially after the economy took off after China joined the WTO.

Second, the CCP is using Hong Kong’s capital markets to obtain great benefits and expand its political, economic and military influence. Before taking over Hong Kong, the CCP worried that the territory would stop laying its golden eggs and become a burden, which was the background to the party’s repeated calls for investors to stop worrying.

Disregarding Hong Kong’s military position in the South China Sea, after understanding its political and economic importance to China, the US should find ways to leverage the territory in the US-China trade war.

Looking at the trade war simply as a fight over domination is superficial. The US’ previous appeasement of China was based on the mistaken view that reform and opening up would put China on the road to democracy rather than becoming dependent on the US. The trade war is also an attempt by the US to force structural reform in China.

The problem is that China refuses to reform and instead engages in military expansionism, forcing the US to fall back on its high tech and military strength to prevent it.

The only reason that the US’ good intentions, especially toward the welfare of Chinese, have been painted by Chinese President Xi Jinping (習近平) as an attempt to discredit him is that he wants to hold on to his position as dictator.

During reform and opening up in the 1980s, China was learning from Hong Kong, and then-Chinese leader Deng Xiaoping (鄧小平) even envisioned building several Hong Kongs. It was quite unexpected that after 1997 it would be exploited and trampled on by China, especially after Xi took power.

Now that Hong Kongers are protesting, the whole world understands the Chinese evil. The Western world should take this opportunity to help Hong Kongers protect their core values and use their independent judiciary, freedom, human rights and economic strength to influence China. Hong Kong should be on the front line for the promotion of reform in China.

Such a policy would require the support of the US and all Asia-Pacific nations. Without that, Hong Kong’s only option would be to aim for independence.

The 1984 Sino-British Joint Declaration is an international treaty submitted to the UN, which means that US legislation is not a matter of “interference in China’s domestic affairs.” 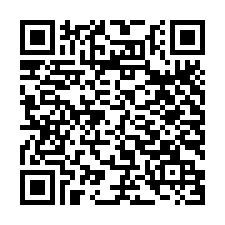