Traditionally, demonstrations start at Victoria Park at 3pm. In the past, protesters would reach Admiralty or Central districts before dispersing by subway, but the July 21 march was ordered by police to end at Luard Road i n Wan Chai.

There is no subway station there, so the crowd had to move forward. Indignant protesters continued all the way to Western district and the Liaison Office of the Central People’s Government, targeting the bill’s sponsor, the territory’s arbitrary ruler Chief Executive Carrie Lam (林鄭月娥) and defacing China’s national emblem hanging on the office building.

A large number of police officers fired tear gas, rubber bullets and bean-bag rounds at the protesters, who had learned their lesson from the police violence on June 12 and fought as they moved on before dispersing at about 11:30pm.

On the other side of Hong Kong, in the New Territories’ Yuen Long District, police handed over authority to local crime organizations. At about 9pm, 200 to 300 white-clad men belonging to what they called the “white power,” carrying metal rods and wooden sticks, gathered at Yuen Long MTR Station. They looked for and attacked black-shirted people returning from the demonstration on Hong Kong Island.

Junius Ho (何君堯), a legislator for the New Territories West Constituency and nicknamed “the liaison office’s god-son,” came to the scene and praised the white-clad gang, calling them heroes, while police division commander Li Hon Man (李漢民) thanked them, saying their actions were “much appreciated,” as he left without taking any action to curb the violence.

Prior to the incident, an officer from the Liaison Office also came to a Yuen Long rural committee to stir up the villagers.

This is a classic example of police teaming up with gangs. This time, it led to a two-hour law enforcement vacuum. As the gangsters took “disciplinary action” for what they regarded as “family business,” they lost control and injured dozens of people, some of whom are now in critical condition. A triad leader was so immersed in assaulting people that he had a heart attack, which brought him to the ground and sent him to hospital. No one knows if he will live.

Police cooperating with the triads and behaving as if common people should be killed without mercy echoed Ho’s terrorist-like remark two years ago when he called for independence advocates to be “killed mercilessly.” It is the authorities’ complete failure to probe Ho’s threat that led to the incidents on July 21.

The joining of forces also explains why Lam has opposed a much-demanded independent inquiry into police’s abuse of power — there are so many shady things going on behind the scenes that Hong Kongers worry that whether judges will participate in investigations.

In 2014, Kevin Lau (劉進圖) then-editor-in-chief of the Ming Pao, was assaulted on the street and severely injured. Shortly after the attack, Chinese police in Guangdong Province turned in two suspects without asking them who gave the order. The case was muddled and they were given light sentences. Surely this was planned by the police and organized crime.

It is precisely this kind of cooperation, imitating China’s “criminal socialism,” that has aroused the sense of crisis among Hong Kongers. The Hong Kong General Chamber of Commerce, one of the territory’s most patriotic business organizations, issued a statement calling for a formal withdrawal of the extradition bill. The support from the pro-China group indicates why the anti-extradition movement has lasted so long.

In past rallies, organizations would raise less than HK$500,000 (US$63,828). The funds raised this time amount to millions of Hong Kong dollars, showing support garnered from large businesses.

Members of the Law Society of Hong Kong, where Ho served as president, also abandoned its pro-China stance and criticized the bill.

The public’s views were on full display as Yuen Long residents brought clothes to black-clad protesters so they could change and avoid being beaten during the incident.

The Chinese Communist Party (CCP) always goes against public opinion, but it does so out of fear.

If the non-cooperation movement in Hong Kong continues to develop, it would severely damage Hong Kong’s status as a global financial center and cause the CCP to lose its cash cow, which would intensify the power struggle within the party.

Insistence on treating the public as the enemy would eventually cause Lam and top police officials to be abandoned by friends and allies and cast away when they no longer are of any use.

History is replete with examples of such people.

The Taiwanese version of the “one country, two systems” formula also consists of organized crime and police. There are many precedents in Taiwan, and their planning and organization started during former president Ma Ying-jeou’s (馬英九) terms in office. 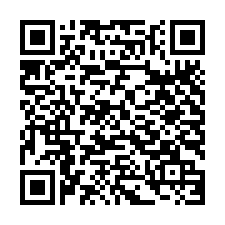