While the rumors cannot be verified, if true, it would mean that the CCP — the world’s largest political party with nearly 100 million members — is on a mission to bring the world under its thumb through its shadowy membership outside of China.

Leung Chun-ying’s membership was alleged by Jin Yaoru (金堯如), a former editor-in-chief of the CCP’s Hong Kong newspaper Wen Wei Po, who said he heard it from former director of the Hong Kong branch of Xinhua news agency and secretary of the Hong Kong-Macau Working Committee Xu Jiatun (許家屯), who had fled to the US.

The membership of Elsie Leung was claimed almost 30 years ago by Huang Miaozi (黃苗子), a renowned Chinese calligrapher and her maternal uncle.

He did not deny the rumor.

Before marrying Fu, he was in banking. He was a chief officer for Citigroup in Hong Kong.

A photograph taken in 1979 shows Lam, then deputy head of an exchange group, visiting Beijing’s Tsinghua University as a University of Hong Kong’s student union member. She is shown standing next to Yuan Yongxi (袁永熙), nicknamed the “old leader,” who served as CCP secretary during the Chinese Civil War.

The “underground party” was formed when the CCP launched subversion operations in areas of China that were ruled by the then-Chinese Nationalist Party (KMT) regime. After 1949, members — who continued to hide their political affiliation — filled almost every position as leaders of religious groups or democratic organizations that the CCP considered to be enemy groups.

After Hong Kong was handed over to China by the UK in 1997, the CCP continued to engage in underground activities, showing that it also views Hong Kongers as an enemy that must be subverted.

Hong Kong protesters wear masks to prevent persecution by Beijing, but underground party members hide their true identity to make a move when their target is defenseless, either forcefully recruiting or attacking them.

This is what makes the underground CCP horrifying. Nobody knows how many members are in Taiwan or Hong Kong, but they were almost certainly recruited during exchanges with China. The recruitment takes place either in China or locally, and could be done directly or indirectly.

The late Li Chuwen (李儲文), who was a pastor at Shanghai Community Church, was a senior underground member. His identity was exposed during the Cultural Revolution. Li later served as deputy director of Xinhua and deputy secretary of the Hong Kong-Macau Working Committee.

According to the “seven principles” proposed by then-Chinese vice premier Qian Qichen (錢其琛), official exchanges between Taiwan and Hong Kong need to be approved by Beijing, which would certainly assign someone politically reliable to the task so that any betrayal of the principles would be punished.

Sending a member of the clergy was a ploy to cause Taiwan to drop its guard and take the bait. Fortunately, the government did not fall for the trick and former president Ma Ying-jeou (馬英九) was forced to go into full charmer mode, pulling out all the stops to please Beijing.

During the eight years of Ma’s presidency, he threw open the door to China, which paralyzed national security. China seized the opportunity to expand deployment of its underground network in Taiwan. Many strange political phenomena in Taiwan stem from this.

The most worrisome aspect is that underground members might have infiltrated the Democratic Progressive Party, as every fortress is vulnerable to the assault from within.

Regular splits in the pan-green camp might be due to people acting out of self-interest, but it might also be because they are being used by Beijing. If it is the former, splits will only go so far.

However, people should remain vigilant against those who sow division. 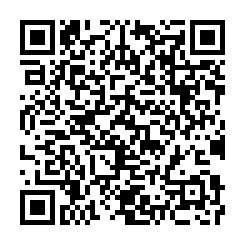