WHO Director-General Tedros Adhanom Ghebreyesus on Feb. 10 tweeted that he had “just been at the airport seeing off members of an advance team for the @WHO-led #2019nCoV international expert mission to #China.”

Reuters reported a day earlier that it had taken nearly two weeks for the director-general to get the Chinese government’s green light regarding the team’s composition, after meeting with Chinese President Xi Jinping (習近平) in Beijing on Jan. 28.

In a news report published by Voice of America’s Chinese-language service on Feb. 11, a US academic revealed on condition of anonymity that the team sent out by the WHO is composed mainly of personnel from the organization’s headquarters in Geneva rather than medical experts.

In an online daily briefing on Feb. 3, Chinese Ministry of Foreign Affairs spokeswoman Hua Chunying (華春瑩) told reporters: “Since Jan. 3, we have notified the US of the epidemic and our control measures altogether 30 times.”

It seems China reports to the US almost on a daily basis, but the New York Times on Feb. 7 reported that the US Centers for Disease Control and Prevention has been offering to send a team of experts to China to help for more than a month without even receiving a response from Beijing.

On Feb. 8, before China consented to the WHO dispatching a team of experts, Radio France Internationale reported that Beijing had sent Chinese People’s Liberation Army (PLA) Lieutenant General Chen Wei (陳薇), a researcher at the PLA’s Academy of Military Medical Sciences, to take over the Wuhan Institute of Virology’s BSL-4 lab.

The lab was set up in collaboration with French engineers. Following the PLA’s takeover, the lab is now classified as a military secret and offers no access to foreign experts. Even if they were given access, they would hardly find anything significant, as Chinese military experts have been stationed at the lab for two weeks.

The state-run Pengbai news outlet said that Chen was sent to the lab as early as Jan. 26.

As the lab is a mere 32km from the Huanan Seafood Wholesale Market, thought to be a possible origin of the COVID-19 outbreak, many have their eyes on the lab.

Chinese virologist Shi Zhengli (石正麗), who in 2017 won first prize at the Natural Science Awards of Hubei Province for a research project on crucial viruses carried by bats in China, is a researcher at the lab.

Perhaps it is no coincidence that some have expressed suspicion that the coronavirus was created through genetic modification. After all, biological warfare is one link in the Chinese Communist Party’s (CCP) “unrestricted warfare” concept.

On Jan. 28, Tedros said that the WHO “is confident in China’s epidemic prevention and control ability,” and wanted the world to believe him.

A few days later, while declaring the virus a public health emergency of international concern, he criticized countries that have imposed restrictions on travel and trade with China.

This attitude led to a relaxation of prevention efforts across the globe and caused the epidemic to spread further. For instance, a few international cruise ships continued operating, but are now being rejected from ports.

All of a sudden, Tedros changed his tune.

“The detection of a small number of cases may indicate more widespread transmission in other countries; in short, we may only be seeing the tip of the iceberg,” he said on Feb. 10.

Tedros’ change of attitude might have something to do with his calling on the world to donate funds to China.

At a news conference in Geneva on Feb. 5, Tedros said that the WHO is “launching a strategic preparedness plan to support countries to detect and respond to cases” and “requesting US$675 million to fund the plan for the next three months.”

The Chinese government is filled with corrupt officials, and after Beijing turned down US expert assistance, rumors that the Red Cross Society of China resold donated supplies emerged on the Chinese microblogging Web site Sina Weibo, prompting the World Bank to announce that it had no plans to provide financial assistance to China.

Indeed, China’s foreign-exchange reserves stood at US$3.115 trillion as of January.

In the past, the Chinese Ministry of Health — now dissolved and integrated into the Chinese National Health Commission — spent half its annual expenditure on the Bureau of Healthcare, which is responsible for taking care of high-level central government officials.

It is solid proof that China is completely capable of taking up the financial burden of public health — it is only a matter of whether Xi is willing.

While the US-based pharmaceutical company Gilead Sciences Inc is providing a new antiviral drug to help China combat the disease, the medicine is very likely to be reserved for high-level officials.

One cannot help but wonder if Tedros, who has been fawning over Beijing, or his country, Ethiopia, are financially involved with the CCP. China is highly skilled in bribing foreign officials, particularly those who serve in the UN.

It is outrageous that Xi and Tedros should ask other countries for financial assistance before the victims of the COVID-19 outbreak have had the chance to seek compensation from them. 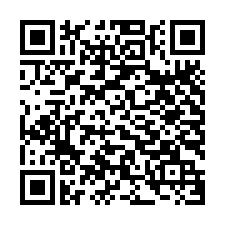