On the same day, US-based Chinese-language IPK Media published an article by Chinese tycoon Ren Zhiqiang (任志強), with the headline: “An official call to arms against Xi: The clown who insists on wearing the emperor’s new clothes.”

Will the truth about the struggles inside the Chinese Communist Party (CCP) in the wake of the COVID-19 outbreak finally be revealed?

Ren’s article is reminiscent of Tang Dynasty poet Luo Binwang’s (駱賓王) “An official call to arms against Empress Wu Zetian (武則天) on behalf of General Xu Jingye (徐敬業)” (為徐敬業討武曌檄). Luo wrote it for Xu, but who did Ren write his piece for?

In Luo’s declaration, the last sentence is particularly famous: “Just look around the realm. Who is in control?”

In today’s China, is Xi still in control?

Ren is a “second-generation red” — a child of the first generation of CCP leaders. In his 2013 memoir, Ren revealed that Chinese Vice President Wang Qishan (王岐山) was his high-school classmate in Beijing, and that they settled in Yanan together after graduating.

When they returned to Beijing, Ren became a real-estate tycoon and Wang entered politics. At the time the book was published, Wang was a member of the CCP Politburo Standing Committee and secretary of the party’s Central Commission for Discipline Inspection.

Wang has taken a back seat as vice president since 2018. At the beginning, he was allowed to attend the seven-member Politburo Standing Committee meetings and was dubbed its eighth member.

However, Xi and Wang have grown apart since Xi removed presidential term limits and during the China-US trade dispute.

This is clear as he has been sidelined by Xi during the US-China trade dispute, despite his connections with Washington and expertise in financial and economic affairs.

Even if Wang was unaware of Ren’s article, it must have spoken the minds of many people in Chinese political and economic circles.

People such as late Chinese doctor Li Wenliang (李文亮), the whistleblower who warned about the COVID-19 outbreak, were questioned, silenced or disappeared for leaking information about or commenting on the disease, but since Ren is a “second-generation red” and thus part of the establishment, dealing with him poses a tricky problem for Xi.

Members of the “business clan,” such as Wang and former Chinese premier Zhu Rongji (朱鎔基), have long been unhappy with Xi’s handling of the trade dispute, which has been disastrous to China and its people, and they are furious with the cover-up of the epidemic, which seriously harmed the Chinese economy.

In addition to the “business clan,” the Communist Youth League is also powerful.

The “Xi clan” is a small group of people who were his subordinates during his terms as head of China’s Fujian and Zhejiang provinces. Having been elevated to the top while lacking experience and training, they often make fools of themselves, causing public anger.

Given these circumstances, perhaps Ren’s call to arms against Xi could become a reality if the forces opposed to Xi could work together. 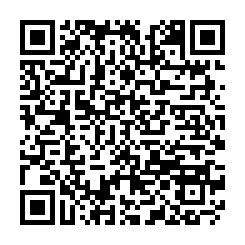