I have said before that if the epidemic in China takes a turn for the better while it deteriorates here in Taiwan, the Chinese Communist Party (CCP) would see that as proof that its dictatorship is better than democracy and encourage victims to overturn Taiwan’s government.

Unexpectedly, this is already happening, although aimed at the US and other Western democracies rather than Taiwan. China is not only extolling its response to the epidemic, it is also playing down the fact that it caused the pandemic and recasting itself as a benefactor, expecting other countries to be grateful. It even claims that the virus originated in the US.

Normally the CCP is happy criticizing people for being shameless, but this is no longer enough. The dignity of Chinese President Xi Jinping (習近平) and China is plumbing new depths.

COVID-19 indisputably originated in Wuhan. The city was locked down by the CCP because of the huge number of people who were infected, making the city an international focal point.

Before the CCP’s counterattack, it used its media outlets to spread the false image that everything was fine and sing China’ praises, while the Chinese Ministry of Foreign Affairs blamed the US.

China is normally more careful with other countries, but this has been ignored by its diplomats and media, who, for example, have claimed that medical supplies Italy bought were gifted to them by China and fabricated scenes of gratitude, displeasing Italy, the most China-friendly government in the EU.

China’s WHO lackeys are asking that other countries thank Beijing, disregarding that it was the WHO’s collusion with Beijing to cover up the epidemic that caused the pandemic.

When Alibaba Group Holding founder Jack Ma (馬雲) gave masks to South Korea, it was discovered that some of them were made in South Korea. This can only mean that masks given to China by South Korea had found their way into the hands of CCP officials who then sold them.

Without a shred of evidence, China’s foreign ministry recklessly claimed that the virus causing COVID-19 was brought to Wuhan by US soldiers in October last year.

Why then did the virus first emerge in Wuhan, as it should first have spread in the US and neighboring countries if US soldiers were infected? In addition, the first people to bring it to other countries were Chinese and foreigners who had visited China.

Furthermore, this is a case of publicly smearing and provoking the US. Will Washington accept China treating it as a local government under the Celestial Empire and claiming that the virus originated there?

These diplomatic skirmishes could develop into war. China’s foreign ministry made earnest and hardworking Chinese Ministry of Foreign Affairs spokesman Zhao Lijian (趙立堅) its appointed thug, and then the CCP’s media and 50 Cent Army followed suit.

The reason China is trying to rewrite the history of COVID-19 is to keep Xi’s international problems less urgent than the domestic crisis he faces, including a stuttering economy, blame from the Chinese public and opposition from within the CCP. He is dealing with these issues by stirring up nationalism.

The cure might be worse than the disease. In addition to the US and other Western countries, Xi has also offended Southeast Asian countries, and even members of its own anti-US alliance. For example, many top leaders and legislators in Iran have been infected by the virus, and they can hardly be accused of being in close contact with the US.

This can only end with the world ganging up on Xi and the CCP. 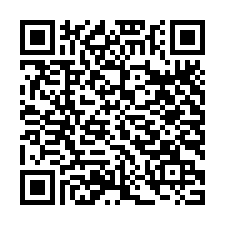