The inauguration of President Tsai Ing-wen (蔡英文) to her second term on May 20 with Vice President William Lai (賴清德) gave Taiwan an unprecedented high-profile platform to showcase a positive image of democracy, disease control and the positive energy it can contribute to the post-COVID-19 global order.

On the next day, China’s National People’s Congress (NPC) announced a plan to introduce new national security legislation for Hong Kong. In doing so, the NPC has ruined Hong Kong’s “one country, two systems” formula.

On the following weekend, Minister of Health and Welfare Chen Shih-chung (陳時中), wearing a floral shirt, took his team to Kenting (墾丁) in Pingtung County, where he said that restrictions imposed to control COVID-19 would be relaxed, so that the public can gradually return to a normal life.

Why is there such a big difference between two Chinese-speaking territories?

There are two key reasons: Taiwan has sovereignty, while Hong Kong does not. Taiwan has democracy, whereas the little democracy Hong Kong has is being destroyed.

Former Chinese leader Deng Xiaoping (鄧小平) should not be quoted once again to counter Chinese President Xi Jinping (習近平), because Deng’s promise that Hong Kong’s capitalist system and way of life would remain unchanged for 50 years after the end of British rule in 1997 was fraud, as was his call for China to keep a low profile in its foreign relations.

Keeping a low profile was a ploy from the start. China was always prepared to draw its sword when the time is right. Given the rapacious nature of the Chinese Communist Party, it cannot be otherwise.

There are those who say that if the question of the Taiwan Strait and the question of Hong Kong are not handled well, it would have an impact on regional stability, but this is the wrong perspective. These are not just regional problems, but global ones.

Demoting them to a regional level has the effect of concealing China’s ambition to achieve global hegemony.

China’s motive for bullying Taiwan is to remove an obstruction that lies before its door, blocking its ambitions.

The EU, and even the UK, have for years not been active enough with regard to Taiwan and Hong Kong. They only focus on their regional rival, Russia, while overlooking China being more dangerous.

The COVID-19 outbreak in Wuhan, China, was initially seen as a regional problem, leading to a lack of vigilance that allowed the virus to spread all over the world.

It is a “world war” in another form, with biological warfare as its main weapon.

The world’s democracies must take a new perspective when seeing China bullying Taiwan. They should save Taiwan to save themselves, instead of leaving it to the US to act alone.

To prevent China’s hegemony, it is necessary to constrain its development of high technology.

As the US boycotts Chinese companies, such as Huawei, some European nations have sought to profit from the situation.

It is similar to what happened following the suppression of China’s 1989 democracy movement, when Western nations imposed sanctions on China, but Taiwanese businesses took the opportunity to invest.

Later, China turned around and bit the hand that fed it.

Leftist liberal European politicians have to ask themselves if they really want to go down the same road.

Taiwanese and Hong Kongers find themselves on the front line, so how can they help one another? Notably, how can Taiwan offer Hong Kong a helping hand?

Tsai offered a range of new ideas in her inaugural address, but a friend of mine from Hong Kong was disappointed that she did not mention the territory and asked me why. I said I hoped it was a case of less talk and more action, rather than the usual strategy of trying to stay on the bad guy’s good side.

As soon as the NPC announced the plan for the new national security legislation, Tsai spoke out in support of Hong Kongers, saying that Taiwan might respond in accordance with the Laws and Regulations Regarding Hong Kong and Macau Affairs (香港澳門關係條例).

Taiwan should not adopt a refugee law, but the Laws and Regulations Regarding Hong Kong and Macau Affairs must be amended.

I raised this matter during last year’s protests against a bill that would have allowed extraditions from Hong Kong to China, but I do not know whether the concerned departments have done anything about it.

Tsai said that she would take note of any measures adopted by the US. That is a good idea, because Taiwan is part of the US’ Indo-Pacific strategy.

However, Taiwan’s special circumstances dictate that it must not accept large numbers of Chinese refugees, as the US has done in the past. This policy has caused it to become heavily infiltrated. For the US, it is too late for regrets, but Taiwan cannot afford to make the same mistake.

Taiwan’s national security agencies must distinguish between Hong Kong’s pro-democracy “yellow ribbons” and pro-establishment “blue ribbons,” and treat them differently. Some Taiwanese non-governmental organizations and academics have done quite a lot of work in this regard.

However, it is a problem that the Friends of Hong Kong and Macau Association has long been controlled by the Chinese Nationalist Party (KMT). This association needs to be thoroughly overhauled so that it can take on greater responsibilities. 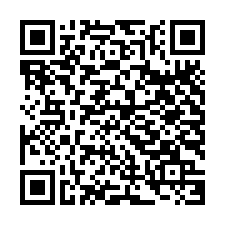