Most Chinese provinces and especially the Yangtze River basin have been hit by floods, and as a result, grain shortages are likely to occur in the country this year.

Despite this, Chinese President Xi Jinping (習近平), who wants to be personally in charge of everything, has disappeared from sight for quite a while.

The other six members of the Chinese Communist Party (CCP) Politburo Standing Committee have also disappeared, and Chinese media broadcast little coverage of the floods before Chinese Premier Li Keqiang’s (李克強) inspection of the situation in Guizhou Province on July 6.

Guizhou has been hit by the floods much less than other provinces, so why did Li choose Guizhou? The answer is complicated.

In July 2017, then-Chongqing party secretary Sun Zhengcai (孫政才) was abruptly replaced by then-Guizhou party secretary Chen Miner (陳敏爾), who was reportedly promoted for his outstanding poverty alleviation work in the province. Soon after taking up the post, Chen was appointed to the politburo, and has since not hidden his ambitions to succeed Xi.

Under the plan of Xi’s predecessor Hu Jintao (胡錦濤), Li was to take over as president, and politburo member Hu Chunhua (胡春華) was to succeed Li.

Unfortunately, former president Jiang Zemin (江澤民) and former vice president Zeng Qinghong (曾慶紅) jointly blocked Li by handing power to Xi, who then replaced Sun with his supporter Chen, which must have alarmed Hu Chunhua, who is now only vice premier and might be dumped any time.

Given Xi’s performance in the past few years, the calls for him to step down have grown stronger. Who is likely to take over the leadership if he really loses power? Hu Chunhua seems to be the most qualified. After he had to yield his spot in line to be president, Hu Chunhua might find ample support among those who oppose Xi.

On April 21, CCP mouthpiece People’s Daily Online reported on corruption in the coal mining industry over the past 20 years in the Inner Mongolia Autonomous Region and that nine officials have been investigated. Hu Chunhua was party secretary in the region from 2009 to 2012 and might become the target of an “anti-corruption” crackdown.

As things have progressed to this point, Hu Chunhua will not sit and wait for his death sentence. According to reports from Hong Kong media, he has become increasingly active. Since April, he has visited 13 Chinese provinces, cities or regions despite the COVID-19 outbreak, as if he is preparing to take over from Xi.

Obviously, Li’s inspection in Guizhou was an attempt to dig up dirt on Chen. Following Li’s visit, a video about Dushan County — an impoverished region in Guizhou — borrowing 40 billion yuan (US$5.7 billion) for “vanity projects” went viral on WeChat and other Chinese online platforms. Some of these projects are stunningly luxurious while others are left unfinished. The video is clearly targeting Chen.

Everything from uncovering the various problems in Guizhou to Hu Chunhua’s unexpected activities implies that a severe power struggle could be expected at the annual meeting of the CCP leadership at Beidaihe, which is to take place from late this month to early next month.

Xi’s plan to remain president for life might be in jeopardy as the battle between the two crown princes is becoming apparent. 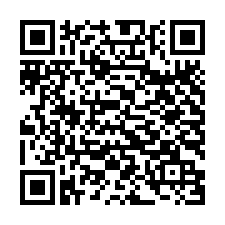