Washington has gradually realized that the People’s Republic of China (PRC) seeks to challenge global democratic values and US supremacy. As a result, US officials have set to work to “clean the stables.”

These measures include investigating US academics who have participated in China’s Thousand Talents Program and increased vigilance toward Chinese immigrants and students studying in the US.

The US Department of Homeland Security has established a China Working Group tasked with defending against Chinese malicious activity within its borders.

Since taking office, US President Donald Trump has gradually cleared out pro-China personnel within the US Department of State who were opposing or intentionally delaying implementation of anti-China policies.

As a result, Chinese officials are unable to find any of their “old friends” in the State Department to make “discrete inquiries.”

Taiwan’s situation is somewhat different, due to unique historical and geographical factors. A shared language and shared ethnicity mean that PRC agents have penetrated Taiwan far more deeply than the US, which means the national security threat for Taiwan is even more severe.

National security is comprised of many elements, from a declining birthrate, the economy and people’s livelihoods, to education, public health and warfare.

Of all of these, war is the only factor that can bring about sudden change, and this makes it the most important focus of Taiwan’s national security.

As tensions between the US and China intensify, Taiwanese need to ask the government if it is adequately prepared for war.

In terms of military readiness, Taiwan has made preparations for how to respond to a decapitation attack on the nation’s leadership.

Regarding conventional warfare, if China were to attack Taiwan, the Chinese People’s Liberation Army (PLA) would not be able to overrun the nation’s defenses within 72 hours.

However, if Chinese spies, inside and outside Taiwan’s military, were to coordinate with the PLA, the situation would be more difficult to predict.

The PRC has been “cultivating agents within Taiwan for a long time and they are now deployed and ready,” said former deputy minister of national defense Lin Chong-Pin (林中斌), who served under former president Chen Shui-bian (陳水扁).

Due to the compartmentalized nature of espionage, with spies giving China a wide base of influence, it is difficult to estimate the actual number of spies in the nation.

Still, as Lin says, the PRC has been cultivating spies in Taiwan for some time, especially during the administration of former president Ma Ying-jeou (馬英九), who opened Taiwan up and all but invited in Chinese spies.

To what extent does Taiwan’s counterespionage apparatus have a handle on this problem? Is it proactively monitoring and purging Chinese moles?

If war with China were to break out, how would the government declare martial law? How would it respond? Who would need to be immediately detained, and who should be placed under close observation? Should this be extended to entire organizations, including pro-China media?

Should the government adopt a reactive response, and deal with individuals or groups only once they have broken cover by openly collaborating with the enemy?

Would a reactive response be too little, too late, especially regarding the military and other vital national security organizations? Are there any suspect people embedded in these organizations that the government is already aware of?

While it would be wrong for the government to arbitrarily place people under suspicion, it must remain vigilant to avoid being thrown into a panic if things do come to a head between Taipei and Beijing.

Meanwhile, the legislature should continue to scrutinize the National Security Act (國家安全法) with a fine-tooth comb for deficiencies or loopholes.

Of course the government cannot make public its counterespionage work, but those in charge of these operations should draw up a list of important individuals.

The PRC runs its covert actions by inserting highly capable sleeper agents for long-term, gradual accumulation of strength while waiting for the ideal opportunity.

At the moment, Chinese agents in Taiwan who are tasked with sowing chaos on a superficial level are just bit players. The PRC’s crack team of highly trained agents would only come out of the woodwork in a war.

In war, Taiwanese must hope that the blue-green political divide does not cause officials to show leniency to suspected spies or even shelter “their own.” 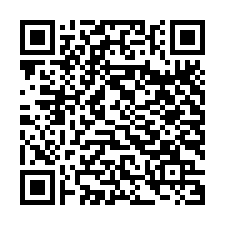