In the past few years, the word “leftard” (左膠) has emerged in Hong Kong. While “left” refers to the political left, “leftard” refers to a rigid person dogmatically stuck in their ways.

Left-leaning concepts of fairness and justice are common goals for people to pursue, and they appeal to the passionate and pure younger generation. Unfortunately, such people are malleable and easily manipulated by unscrupulous politicians.

Leftards are extremists and they have a detrimental influence on society.

Hong Kong’s leftards are opposed to those who want to limit Chinese immigration and do not approve of “low-end” immigrants being ushered into Hong Kong by Beijing and given access to the same social benefits that Hong Kongers enjoy. Leftards dismiss people who think this way as somehow fascist or racist.

The first half of my life was a leftist experience.

In fifth grade in Indonesia, I was brainwashed by my teacher with the help of Edgar Snow’s Red Star Over China. My junior and senior high schools were controlled by an underground branch of the Chinese Communist Party (CCP) and we were not allowed to read “rightist” newspapers or watch US movies.

In 1955, 17 years old and yearning for fair and just socialism, I returned to China. More than 700 Chinese were on the boat, some who had run away from home, which shows how strong that leftist pull was.

Leaving Indonesia, we had to leave our fingerprints with the immigration authorities and swear never to return, and after entering the great Chinese cage, leaving was, in fact, impossible.

In the next 21 years, my mother visited four times and my father returned in 1974 to help me apply for permission to leave the nation, but I still had to remain in Hong Kong.

After leaving Indonesia, I only saw my father that one time, and when he passed away in Indonesia I did not have the courage to sneak back to say farewell.

The CCP says Mao Zedong (毛澤東) Thought is the Sinicization of Marxism-Leninism. That is problematic in itself, but after the CCP’s distortions, it became even worse. Socialism with Chinese characteristics has been manipulated at will by the government.

As an assistant to Steven N.S Cheung (張五常), who studied the Chinese economy at the University of Hong Kong, I began to understand what the “free economy” really meant.

For example, social welfare in Hong Kong was not very good in the 1980s and people said that it needed improving, but employers and employees had a pretty good relationship and it was the end of communist “class struggle” that made the economy take off.

When a flood of financial derivatives caused a financial crisis, government intervention was acceptable as long as it did not end in permanent big government.

Economics is a matter of pragmatism, and a lack of economic understanding combined with political activism and empty slogans has a detrimental influence on society. The best example of this is Mao’s China after 1949.

Taiwanese socialism that claims to fight for workers’ rights is impossible to identify as belonging to one or other school of thought, but whoever claims to represent workers’ rights and inflexibly insists everyone have two days off a week is a dreamer, as it would paralyze society.

The Chinese Nationalist Party (KMT) are corrupt rightists and it is necessary to strive for workers’ rights from it.

The Democratic Progressive Party (DPP) are leftists, but they must be stopped from becoming “leftards.”

If only they were able to leave the small farmer mindset behind, that would present the economy with a great opportunity. 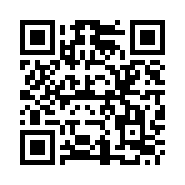