Oppose the CCP, but do not mention China itself

Former president Chiang Kai-shek (蔣介石) once used the slogan: “We shall defeat communism; we shall build the nation.” As time passed, a new slogan — “oppose communism, safeguard Taiwan” — emerged, lowering the bar of countering communism. By taking out nation-building, the only goal left was to “oppose communism” by protecting Taiwan, a value the Chinese Nationalist Party (KMT) does not dare to mention and the Democratic Progressive Party (DPP) seems uncertain about. What was the reason for the change?

“Oppose China, safeguard Taiwan” might prove more popular with the public. Changing “communism” to “China” would make more sense, as communism has become a dirty word around the globe, a synonym for autocracy, barbarism and brutality. This is why the Chinese Communist Party (CCP) has tried to separate the idea that the CCP equals China. 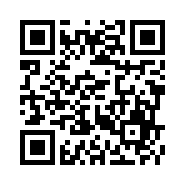