Ma and Hu both under pressure on unification

A seminar IN Taipei to mark the 60th anniversary of cross-strait relations on Nov. 13 and Nov. 14 was intended to reflect the changes in the relationship between Taiwan and China over the years, but regrettably, the Chinese mindset remains the same as it was six decades ago: China will annex Taiwan. Not even the pan-blue camp, which supports mutual cooperation between the two nations, can accept this notion.

The Chinese delegation was led by Zheng Bijian (鄭必堅), who was introduced in the media as a member of Chinese President Hu Jintao’s (胡錦濤) brain trust and a former vice president of the Chinese Communist Party’s (CCP) Central Party School. Zheng is widely credited for being the first to talk publicly about China’s “peaceful” rise during the Boao Forum in 2003 to allay growing global concerns about Beijing’s expanding power. However, this notion of peaceful development is nothing but an illusion, with Beijing throwing a big military parade to celebrate the 60th anniversary of the People’s Republic of China last month. Two conclusions that can be drawn from Zheng’s rigid mindset and the incoherent comments of other Chinese delegates at the seminar were that they are blind to reality and that Hu Jintao wishes to rush unification with Taiwan.

Why did these Chinese delegates participate in the seminar? That’s because Hu is in a rush. Ma is not aggressive enough and the Chinese delegates were afraid that the Democratic Progressive Party might return to power. Hu is also at a disadvantage in an internal party struggle, and it was obvious that he was under considerable stress during the APEC summit. Hu must therefore resort to united-front tactics to carry out Beijing’s unification agenda.

Ma is in the same situation. His approval ratings have dropped and he has lost much weight as he comes under increasing attack within his party. Thus, he is in a desperate need of Hu’s support. The hasty signing of a memorandum of understanding on cross-strait financial supervisory cooperation reflects the similarities in their situation.

The problem is not the decline of support for Taiwanese independence, but the fact that Beijing’s authoritarian government is on the wane and local factions are on the rise as evidenced by Beijing’s failure to control the political situation in Xinjiang and Chongqing.

TRANSLATED BY TED YANG
This story has been viewed 141 times. 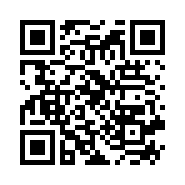