Questions on why the police came to my home

On Dec. 12, the Judicial Reform Foundation, the Humanistic Education Foundation and other organizations gathered at Liberty Square in front of the National Taiwan Democracy Memorial Hall in support of Huang Yi-ling (黃怡翎), Tseng Hung-wen (曾虹文) and Lin Yun-tzu (林芸姿), all victims of police brutality during the visit of Association for Relations Across the Taiwan Strait Chairman Chen Yunlin (陳雲林). The organizations also criticized the police for abusing their power.

Shortly after, the trio went to the Taipei District Court for their lawsuit against former Songshan Precinct police chief Huang Chia-lu (黃嘉祿). I also attended, supporting them out of my own free will, but also to familiarize myself with the surroundings. With the government joining hands with China to suppress Taiwanese, I might have to attend court against my will one day.

Maybe this will happen sooner than I expected. For on Monday, the neighborhood police came looking for me. There was no one at home, but when my wife made enquiries later on, she was told that they wanted me to fill in forms relating to “mainland individuals.”

I lived in Hong Kong for 21 years, and twice during this time — first in 1992 and then again in 1995 — the Chinese government confiscated my Home Return Certificate for Compatriots from Hong Kong and Macau; it didn’t see me as a compatriot. When I left Hong Kong for the US in 1997, I traveled on a “British National (Overseas)” passport, and when I applied to enter Taiwan, it was with this passport.

In the winter of 2005, the pan-green camp suffered a difficult defeat in the three-in-one elections, and I worried that Taiwan would become a sacrificial object in the government’s policy of joining hands with China. In the spring of the following year, I settled in Taiwan.

Since my wife is Taiwanese and I am from Hong Kong, I was granted Republic of China (ROC) citizenship after one year and obtained an ROC passport. Both the National Immigration Agency and the local police are well aware of all this information. I moved into a new home almost a year ago and I registered my new address as soon as I moved.

In an interview with FTV, Ma said that police abuse was being investigated, but what is there to investigate, given that those who were to be promoted have been promoted? Now they are investigating me instead of the police.

I came to Taiwan for a very simple reason: I care for this land and its democratic system. That is also why I don’t want Taiwan to fall into the hands of Chinese thugs. Since Taiwan is my home, I enthusiastically participate in activities to safeguard it, including around the time of Chen’s visit.

I called on Taiwanese not to fight each other — including the police and the public — because the police were being forced to carry out Ma’s orders. In doing so, I offended the forces that work to divide and betray Taiwan.

Since they are preparing to take action against me, I will make my intentions clear: I will continue to participate in activities that safeguard Taiwan. If the government takes any action against me or if I am framed, or if I have an accident, the guilty party will be Ma and his backers in the Chinese Communist Party.

TRANSLATED BY PERRY SVENSSON
This story has been viewed 574 times. 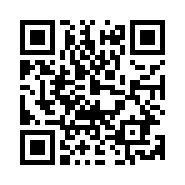