The Chinese government responded to the meeting with predictable hysteria.

Prior to the meeting, China had tried to intimidate Sarkozy through various channels.

According to reports in pro-Beijing media outlets, the threats included Premier Wen Jiabao (溫家寶) refusing to participate in a Dec. 1 summit with the EU; postponing negotiations on the purchase of French Airbus aircraft, which would affect tens of billions of US dollars in orders; and resuscitating boycotts of French goods.

There are three reasons for China’s anger.

First, the two countries have established a comprehensive strategic partnership, but France is now refusing to assist China in the process of suppressing its enemies.

Second, 13 years ago China gave Sarkozy a high-level reception at a time when his political career wasn’t going too well.

Then, when Sarkozy visited China in November last year for the first time after becoming French president, he was given the same grand welcome as former US president Bill Clinton.

Third, China is experiencing economic problems and there is talk of a “February crisis.” Beijing is therefore trying to divert public attention by manufacturing external crises.

In addition, if other countries were to emulate Sarkozy, it would be China, and not the Dalai Lama, that would be isolated.

Sarkozy’s response was that he did not regret the meeting, and that as both French and EU president, he represented the value of — and belief in — freedom.

He also said that the world needs an open China to participate in global governance, and that China needs a strong Europe to maintain the rate of Chinese employment.

French Foreign Minister Bernard Kouchner also said: “We cannot have France’s conduct dictated to, even by our friends.”

Compare this with Taiwan, where President Ma Ying-jeou (馬英九) rejected a visit by the Dalai Lama out of a clear lack of understanding of the value of freedom.

Ma arrived at his decision without incurring a warning from Beijing and in the process ignored Taiwanese sovereignty and human rights.

Sarkozy is more strongly opposed to communism than his predecessor, Jacques Chirac, just as German Chancellor Angela Merkel is more anti-communist than her predecessor, Gerhard Schroeder.

There may be many reasons for this state of affairs, but Sarkozy’s father emigrated from communist Hungary, while Merkel is from the former East Germany.

They are willing to meet the Dalai Lama because they have experienced communist rule, which has given them a deeper appreciation of freedom and human rights.

The Dalai Lama was invited to Poland to attend the 25th anniversary of former Solidarity leader and Polish president Lech Walesa’s Nobel Peace Prize. The Dalai Lama has also been awarded this prize.

Ma is hallucinating if he thinks he can win a Nobel Prize for working together with Chinese President Hu Jintao (胡錦濤) — who has wreaked oppression and bloodshed in Tibet — to sign a cross-strait peace agreement.

Translated by Perry Svensson
This story has been viewed 376 times. 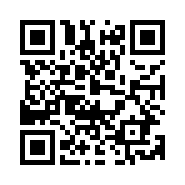