LAST MONTH, TAIWAN’S exports dropped by 44.1 percent compared with the same period last year. This included a 58.6 percent decrease in exports to China and Hong Kong, twice the drop in exports to the US. This is the result of being overly reliant on China economically and vindicates former president Lee Teng-hui’s (李登輝) “no haste, be patient” policy.

I wonder if President Ma Ying-jeou’s (馬英九) visit to Lee over the Lunar New Year was just for show or if he wanted advice. If he saw Lee to gain advice on how to best change his policies, Ma should start by trying to boost exports.

After the export figures were released, Straits Exchange Foundation (SEF) Chairman Chiang Pin-kung (江丙坤) said that “relying on China is not a bad thing,” and that “China needs Taiwan.” In the past, China did need Taiwan — its money, expertise, technology and management experience. However, as China’s economy developed, things changed. It no longer needs Taiwan. Chinese officials and academics often say Taiwan now depends on China in the same way a diabetic depends on insulin.

Is it really not a bad thing to rely on China? As an independent, sovereign nation, it is not necessarily good for Taiwan to rely on the US. However, relying on China is undoubtedly a bad thing. China is hostile toward Taiwan and hell-bent on assimilating it, which would destroy freedom and democracy here. However, if someone is willing to shamelessly beg to China, it might not be such a bad thing, because they stand to gain something from it. Chiang has a son doing business in China, so it is hard not to wonder if Chiang made his statement because of vested interests.

Relying on China on a personal or family level is not necessarily a bad thing. However, it is extremely unsuitable to use such a mindset when determining national policy. Just how many people are there in Taiwan who can open businesses in China and then take a part in the formulation of national policy?

The Ma administration has been fussing about a “conflict of interest” in alleged money-laundering by the previous first family. Yet the Ma administration allows people like Chiang to make decisions on national policy. The Ministry of Justice did not prosecute Ma and his sister Ma Yi-nan (馬以南) for a conflict of interest when she was deputy manager of China Chemical and Pharmaceutical Co and was selling drugs to Taipei City Municipal Hospital during Ma’s time as Taipei mayor. The president’s other sister is currently establishing an international school in Beijing. Shouldn’t extra precautions therefore be taken when Ma is planning national policy? Extreme caution is needed if we do not want a repeat of the scandal surrounding the former first family.

The Control Yuan should investigate whether any conflicts of interest are present when the Ma administration prepares to sign a Comprehensive Economic Cooperation Agreement (CECA) with China. All agreements must be reviewed by the legislature to avoid conflicts of interest.

The Ma administration has said that a CECA would be beneficial for Taiwan. Apart from the negative effects such an agreement would have on Taiwanese sovereignty, we should look at Hong Kong to get a clear example of the possible effects. Having signed a CECA with China every year since 2003, the agreement not only has failed to revive Hong Kong’s economy, but has also made it more reliant on China and has resulted in the territory losing its vitality and missing many opportunities for change. If the Ma government keeps insisting on doing what it thinks is best without consulting voters, opposition and conflict within Taiwan will become other problems that the administration must deal with.

TRANSLATED BY DREW CAMERON
This story has been viewed 185 times. 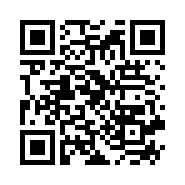