The issue of whether Kaohsiung Mayor Chen Chu (陳菊) should have visited China has caused debate within the pan-green camp. China’s existence is a fact that Taiwan cannot ignore. It is inevitable that Taiwan has to deal with China and that refusing to do so is not an option. The key issue is how Taiwan should go about it.

When the Democratic Progressive Party (DPP) was in power, they did not refuse to deal with China. The problem was that China refused to deal with the DPP. The pan-green camp should therefore establish a model for how to deal with China aimed at highlighting the differences between its approach and the approach of President Ma Ying-jeou (馬英九) and the Chinese Nationalist Party (KMT).

So how should members of the pan-green camp deal with China and the Chinese Communist Party (CCP)?

First of all, they should clarify Taiwan’s status, a precondition for establishing equality. Taiwan has never denied the existence of the People’s Republic of China, but China refuses to recognize Taiwan’s sovereignty, and Ma has never protested against this. The pan-green camp must establish a status that does not allow the denigration of Taiwan.

They should also choose which issues to discuss with China. Taiwan has its own advantages. On a political level, these advantages are freedom, democracy and human rights, and on an economic level, they lie in the high-tech field. The pan-green camp needs to focus on Taiwan’s strong points in dealing with China. For example, they must refuse the recent practice of Taiwanese politicians going to China to “worship their ancestors” because this is part of China’s united front strategy and a nationalist ruse to present China as Taiwan’s ancestor.

They should further choose the timing of their dealings with China carefully because timing can either help or hurt negotiations. Chen filed her application to visit before the May 17 demonstrations. This information was leaked in an attempt to weaken the demonstration, but luckily, it was not enough to affect the protest.

In addition, they must also strictly adhere to the principle of avoiding conflicts of interest, and anyone with vested interests in China should not be sent there.

During the talks, they should act with self-respect but avoid being arrogant, and there is no need to make statements designed to upset the CCP. They should adopt an equanimous attitude and make clear their commitment to Taiwan’s sovereignty, freedom and human rights at appropriate times.

Furthermore, they should also analyze as many outcomes as possible. Any willingness on behalf of the CCP to communicate with the pan-green camp is aimed at taking over Taiwan, so the pan-greens must consider all possible outcomes that negotiations could have and prepare as many responses as possible.

Finally, they should follow up on important issues. For example, parts of Chen’s speeches were cut from broadcasts in China, so other pan-green members visiting China should bring this up. This would also demonstrate the importance of press freedom and pan-green unity.

Dealing with China is battle in itself and although sometimes a certain amount of compromise is necessary, we cannot always expect results, as that will require sacrificing too many principles. If negotiations break down, the reasons for failure should be explained so the Taiwanese public and the international community can see the unreasonable nature of the CCP.

TRANSLATED BY DREW CAMERON
This story has been viewed 163 times. 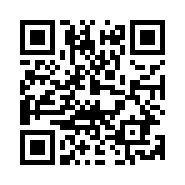