DPP has a tough battle ahead at end of year

After last Saturday’s four legislative by-elections, I felt I could finally talk about the five year-end special municipality elections, a topic I have been thinking about for some time.

Media reports have said the pan-green camp has a plan for winning the elections in Taipei and Sinbei cities, the two most important areas with the most influence over national politics.

Although the Chinese Nationalist Party (KMT) has suffered a number of recent electoral defeats, it has lost only one county commissioner and seven legislative seats. This has not done much harm to its overall grip on power; all that has changed is that its position has weakened slightly. This may not be the best of times for the KMT, but it is also far from the worst. The Democratic Progressive Party (DPP) must understand both its and its opponents’ position to draw up an effective election strategy and turn the special municipality elections into something that could bring about a fundamental change.

The media has also reported that supporters wanted popular former premier Su Tseng-chang (蘇貞昌) to run for both Taipei and Sinbei mayor. Not only the green camp, but also the pan-blue camp, are sure to have taken note of Su’s decision to run in Taipei.

With two more years until the 2012 presidential election, anything could happen. There could be speculation over the possible candidates for that election, but all decisions should be postponed until the special municipality elections are over. The focus now should be on how to use the five municipal elections to increase leverage in the 2012 presidential election. Therefore, in addition to Greater Tainan — Tainan City and County — and Greater Kaohsiung — Kaohsiung City and County — the DPP must win at least one other special municipality to keep its resurgence alive. The party must study the dynamics of the situation so it can focus on its advantages and avoid shortcomings when determining where to direct its attack in the elections.

There are two ways the DPP can go about fighting for Taipei and Sinbei. The more aggressive way, and the way that was chosen, would be to have Su run in Taipei City. If he were to win, the KMT would collapse. The more conservative way would have been to let Su run in Sinbei City. Winning there would be good for the DPP, but it would not be as big as winning the national capital.

However, running in Taipei also carries a greater risk. Opinion polls show that Su would stand a good chance of defeating any KMT candidate in Sinbei, while at the moment he doesn’t seem to have even a 50-50 chance of winning in Taipei, although his chances could improve. Regardless, apart from Su, no pan-green candidate seems capable of winning Sinbei.

Therefore, some people wonder what would happen if the DPP’s plan to take both Taipei and Sinbei fails. The DPP’s resurgence would lose momentum and it would also directly influence the 2012 presidential election and Taiwan’s future.

The KMT will do all it can to ensure that President Ma Ying-jeou (馬英九) is re-elected in 2012. The party will stop at nothing, making the election battle quite fierce. We can already get a sense of this from Taipei Mayor Hau Lung-bin’s (郝龍斌) comments about running for re-election in Taipei while Deputy Premier Eric Chu (朱立倫) runs in Sinbei. It is evident from Ma’s refusal to handle the KMT’s stolen assets that the party will use large amounts of money in its attempt to secure victory. The KMT will also manipulate the judiciary to attack the DPP. The DPP must be mentally prepared for a tough battle.


This story has been viewed 473 times. 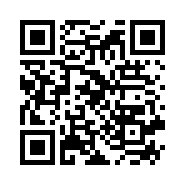