The appearance of so-called “dragon and lion”

flags, derived from the one used when Hong Kong was

a British colony, on protest marches has provoked an

angry reaction from a retired official of the Hong

The incident came to a head when the South China

director Lu Ping (魯平), in which he said that Hong

Kongers who did not think of themselves as Chinese

should consider renouncing their Chinese

citizenship. Lu said that China has a population of

1.3 billion, so would not mind losing such a tiny

showed 65 percent of respondents saying that they

would not want to be reincarnated as Chinese. Now Lu

has permited Hong Kongers not to be Chinese anymore

Some Hong Kongers are glad to hear this, and have

embarrassed the authorities by calling on them to

set up special desks for them to renounce their

by saying that some officials’ reactions may have

been excessive and that she hoped that Hong Kongers

would not react angrily.

loss for China. It would have been better if he had

gone on to serve as general secretary of the Chinese

president of China. Considering his enlightened

attitude of agreeing that Hong Kongers could

renounce Chinese citizenship, I would be willing to

kowtow to Lu, because from that point on Taiwan

would also be able to move toward becoming a normal,

its judicial independence, even calling for Hong

Kong’s judiciary to submit to the central

Kemal Bokhary, used his retirement from being one of

the three permanent judges of Hong Kong’s Court of

Final Appeal to warn of the approach of “a storm of

An editorial in Tuesday’s Chinese-language Hong

of Final Appeal and the Basic Law Promotion Steering

Committee and tearing up the Sino-British Joint

Declaration by demanding that all Court of Final

Appeal judges must be Chinese citizens.

Being all too familiar with the Chinese way of doing

had to comment that “if the storm that Bokhary

talked about is already looming, the task of

This shows how vital a civilized judiciary is for

The CCP sees the Opium Wars as a humiliation for

China, but some Chinese question the way the wars

have been denigrated by their opium connection. If

the wars had not pushed open China’s gates, they

say, there would have been no Self-Strengthening

Movement, with its acceptance of Western

civilization. One result of the Boxer Rebellion was

that five southeastern provinces of China, plus the

up arms against the invaders, leaving the Qing

Dynasty to its fate. These provinces came to be

China’s most open-minded and economically developed

Chinese culture can explain only the past, not the

present. The best thing for Chinese would be for all

of China to become like Hong Kong. Unfortunately the

since the 1989 democracy movement, has caused human

rights to retreat and corruption to flourish. If

China really wants to reform, it must accept the

civilized values of the West. If it does not, all

talk of reform is meaningless. 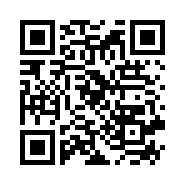