On Saturday evening, on the way to Ketagalan Boulevard, was the sight of masses of people wearing white T-shirts who were there to hold a vigil for the late army corporal Hung Chung-chiu (洪仲丘). The last speaker from Citizen 1985 — the activist group that organized the vigil — called for a show of hands by those who were participating in a demonstration for the first time. About 70 percent of the people held up their hands.

You could call it the Jasmine Revolution. You could call it the Taiwanese Spring. Either way, Taiwan’s civil movement has entered a new phase. The sheer number of people present that evening — estimated at 250,000 — was unprecedented, but more importantly, the vast majority of them were young.

Contact with several members of Citizen 1985 leaves the impression that they are sincere, irreproachable and passionate; that they truly want to create a new reality, a free future, in this tragic world; and that they are in this neither for fame nor gain. These people are the nation’s future generation. If this movement continues in this way, it will not only show the world Taiwan’s independent existence, it will also have an inestimable impact on the civil movement in China.

Last summer, young people took to the streets in Hong Kong to protest the authoritarian government’s attempts to indoctrinate them by introducing a pro-China “national education” into the curriculum. Thousands of people joined the protest. The Hong Kong protests drew envy because of the hope that one day young Taiwanese would also rise up and save a society that was getting increasingly bogged down.

Taiwanese students started becoming more politically active with the media anti-monopolization movement and began participating in other social movements — protesting the forced demolitions of people’s homes and historical sites — although the numbers were still on the low side. However, thanks to President Ma Ying-jeou’s (馬英九) callous indifference and obstinate complacency in pushing through so many unjust and unfair policies, the tension that had accumulated in all corners of society finally erupted with the senseless death of Hung, killed by excessive military disciplinary measures.

Faced with public pressure, Ma instructed Chinese Nationalist Party (KMT) lawmakers to prioritize the amendment of the Code of Court Martial Procedure (軍事審判法) and delay his previous order that they push a proposed referendum on the construction of the Fourth Nuclear Power Plant in Gongliao District (貢寮), New Taipei City (新北市), and the cross-strait service trade agreement through the legislature.

Ma is not known for taking direct action, but this time he did, and his decision to put major policies on the back burner just goes to show he knows they are linked to the turmoil in the nation today, and to how much society is getting bogged down.

However, it would be wrong to think that we can relax because of the success so far of this social movement, for even though the legislature approved the amendments to the Code of Court Martial Procedure on Tuesday, that does not mean that the problem with injustices in the military will disappear. Serious problems still plague the nation’s judicial system, of which military trials are only one part. It will be no easy feat to unravel the intricate knot of vested interests in the fabric of Taiwanese society.

Before he resigned on Tuesday, after just six days in office, former minister of national defense Andrew Yang (楊念祖) said that he wanted to “tear down the old and create anew, to strive to revise past faults.”

The key here is the verb “tear down.” The first act is to tear down the curtain concealing the truth behind Hung’s death. Then, and only then, will the public’s faith in the system be restored. Acting as defense for the suspects and perhaps even as judge in the case, the person who knows the ins and outs of the case more than anyone is chief military prosecutor Major General Tsao Chin-sheng (曹金生). Should not the Ministry of National Defense and the Judicial Yuan start their investigation with him to try to get at the truth?

During the mass demonstration on Saturday, representatives of Citizen 1985 also called on the public to stand up against other contentious issues of the day, such as the construction of the Fourth Nuclear Power Plant and the proposed referendum, the cross-strait service trade agreement and the forced demolitions in Dapu Borough (大埔), Miaoli County. Without the inclusion of these issues, harnessing the drive of even more people, it is not going to be easy to attack these vested interests or address the problem of injustices in the military, because we can see that these vested interests are also amassing their resources to mount a counteroffensive.

In order to enter a new age of freedom, there is still a long way to go. Stand by these young people. They have more days ahead of them, but our remaining days should be lived in freedom. They need stepping stones toward a future of freedom for Taiwan. 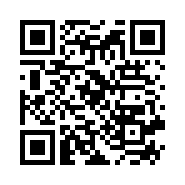