Chinese Nationalist Party (KMT) presidential candidate Eric Chu (朱立倫) repeatedly criticizes Democratic Progressive Party presidential candidate Tsai Ing-wen (蔡英文) over her stance on the so-called “1992 consensus,” because he knows public opinion has abandoned him and he can only play the “communist scare card.” This is both shameless and ignorant.

With Chinese President Xi Jinping (習近平) facing problems at home, he is unable to assist the KMT, though he might be willing. Not only did Xi’s meeting with President Ma Ying-jeou (馬英九) fail to boost the KMT’s presidential campaign, hostile buyouts of enterprises in Taiwan’s core industries by Chinese state-run enterprises have also caused a backlash.

Xi’s biggest problem is military reform. An article in Dongxiang magazine said that Chinese military reform aims at transforming the nation’s military from a past Russian system to a US system so that, by 2020, the military command would run from the Chinese Central Military Commission through a joint chief of staff down to commanders and on to the troops, with the seven military districts changed to four or five battle zones, which could be integrated into a joint command. Doing this would involve cuts among high-ranking officers and this is upsetting morale.

The online Boxun News reported that one-seventh of all Chinese generals have been arrested in Xi’s anti-corruption campaign — seven or eight times more than the number of vice provincial ministerial heads and bureaucrats who have been arrested, not to mention a batch of military officers generally seen as corrupt who have yet to be arrested. Also, by cutting service personnel by 300,000, Xi is able to replace high-ranking military officers with his own people. This is shaking up the entire military, and some say Xi is sitting on top of a volcano.

These big structural and personnel changes must undergo an adjustment period and reform is expected to be completed by 2020. This makes it unlikely that China would be able to launch a war within the next five years and that if the KMT poses a threat or if Ma causes any disorder before or after the elections on Jan. 16, it would be US and Japanese troops, rather than Chinese, who would help suppress an uprising.

China has kept a low profile to avoid accidental conflict with the US or Japan. After its new military system is in place, it would need practice. Dongxiang has reported that it might use the Diaoyutai Islands (釣魚台) — which Taiwan also claims — as a target, although Beijing would risk an all-out war with Japan, which also claims them.

The Japanese defense budget is expected to reach a new high this year, and it is strengthening its military capacity around its southern islands closest to Taiwan because the region would be seen as the weakest link if China wanted to break through the “first island chain.”

China would not dare declare war on Taiwan, which is protected by the US-Japan Security Treaty. If China’s military were to practice by invading Kinmen and Matsu, Taiwan should seize the chance to change its national title just to get rid of the Chinese nightmare for good.

China might start an economic war instead, but that would force Taiwan to accelerate its economic transformation by developing new industries and turning to the West, Southeast Asia and India. The Chinese economy is facing a number of crises and China would also suffer losses in an economic war with Taiwan, so the possibility of such a struggle emerging is not high. It would not be the end of the world if China won over Taiwan’s diplomatic allies, because it would inevitably push the US and Japan to review their “one China” policy and its negative effects on democratic Taiwan and regional security.
By Paul Lin 林保華 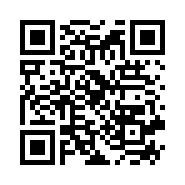