The lies that lie behind negotiations with China
By Paul Lin 林保華
Taipei Times  2019.3.26

In a Jan. 2 speech to mark the 40th anniversary of the “Message to Compatriots in Taiwan,” Chinese President Xi Jinping (習近平) announced a five-point proposal to bolster China’s “united front” tactics against Taiwan, using the term “democratic negotiation” to divide Taiwanese over issues such as signing a cross-strait “peace agreement.” Some Taiwanese lose their bearings when they hear the phrase “democratic negotiation” and think that the Chinese Communist Party (CCP) really is expressing good will.

What does “democracy” mean to China? Communists think of Vladimir Lenin’s “democratic centralism.” As elaborated by Mao Zedong (毛澤東) on several occasions, the concept combines centralism on a democratic basis with democracy under central guidance. In the Chinese constitution, Mao made the concept more concrete, saying that it means “from the people, to the people.”

From the perspective of democratic centralism, “democratic negotiation” means that Beijing invites someone to a negotiation to express their opinions in “a democratic manner,” so the government can then decide on an outcome that suits its purposes. In other words, decisionmaking power resides with the CCP.

To the CCP, democracy is not about counting votes, but about allowing others to express their opinions, even when they do not possess the power to make decisions. If their opinion hurts the CCP’s interests, the party might take revenge. One example is Mao’s 1957 purge, when 600,000 Chinese were labeled rightists in the Anti-Rightist Campaign.

In the 1980s, China and the UK held talks on Hong Kong’s future. Although the talks should have dealt with the 1997 expiration of the lease on the New Territories, and had nothing to do with the permanent cession of Hong Kong and the Kowloon Peninsula, China insisted on taking it all back. The British could not withstand a Chinese invasion, so they were forced to come to the negotiation table, where they shared their opinion and China decided.

A little more than a year later, China said that if the UK did not sign the agreement, they would just take Hong Kong back in their own way. After weighing the pros and cons, London reluctantly signed the agreement, as Beijing’s “one country, two systems” policy and the pledge that Hong Kong would remain unchanged for 50 years was better than a Chinese invasion. After the signing, the two parties registered the Sino-British Joint Declaration at the UN in 1985.

However, despite pushing democratic centralism on Hong Kongers, it is the CCP itself that is now distorting the Basic Law of the Hong Kong Special Administrative Region.

The Chinese Ministry of Foreign Affairs has even announced that the Sino-British Joint Declaration is outdated. How could Taiwanese trust Beijing to offer “democratic negotiations” or stick to their outcome?

At a meeting in Yanan on Aug. 13, 1945, Mao gave a report titled “The Situation and Our Policy After the Victory in the War of Resistance Against Japan.”

Everything is perfectly explained when “KMT” is replaced by “CCP” in Mao’s statement. On Oct. 10, 1945, the two parties signed a peace agreement, but four years later, in 1949, the CCP announced the founding of the People’s Republic of China. Meanwhile, the Republic of China exists in name only, and is facing yet another fraudulent Chinese peace agreement.

Paul Lin is a political commentator.
Translated by Eddy Chang 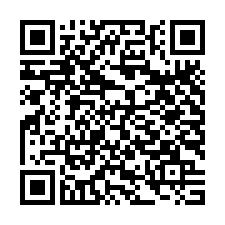