Late on Sept. 16, the Formosa Alliance announced that it had nominated former vice president Annette Lu (呂秀蓮) as its presidential candidate. That was followed by Hon Hai Precision Industry Co founder Terry Gou’s (郭台銘) announcement that he would not be running for president. This basically settled the confusion over who would run.

An inventory of potential and actual candidates and their backgrounds results in a list of people from across the political spectrum who want to bring down President Tsai Ing-wen (蔡英文), which is quite shocking.

As the Chinese Nationalist Party (KMT) is now “united” and the Democratic Progressive Party (DPP) “divided,” the main beneficiary of Lu and Gou’s decisions is Kaohsiung Mayor Han Kuo-yu (韓國瑜), the KMT’s candidate. Tsai, who rejects the “one China” model, is, of course, Han’s main opponent.

For Gou, the presidential election offered his best means to leave Hon Hai. Despite a series of revenue highs, stock prices have remained unchanged. Surely that must be a problem. Even without the US-China trade dispute, Hon Hai’s goals are confused, so why should Gou continue to carry this burden? He also continues to say that “Tsai’s tyranny must end,” so he has not changed his mind.

The person most disappointed with Gou’s decision is Taipei Mayor Ko Wen-je (柯文哲). He wanted to ride on Gou’s coattails as he built up his Taiwan People’s Party, but now he is on his own and directing his resentment at Tsai.

KMT Legislator Wang Jin-pyng (王金平) also wants to bring down Tsai, but he will not resort to foul language and his political power is limited.

Lu, also part of the pan-green camp, has long harbored the intention to run for president and made a last-minute decision to do so. This is probably the result of a power struggle.

A few days ago, the Formosa Alliance announced that Ou Chung-ching (歐崇敬) would be its presidential candidate, and then he quickly left the party. The confusion has now been lifted: Lu wanted the nomination.

The alliance originally wanted a ticket with former Formosa TV chairman Kuo Bei-hung (郭倍宏) and talk show host Dennis Peng (彭文正) to replace Tsai, but perhaps it changed its mind after Kuo lost control of Formosa TV, which could have hurt his election prospects.

However, Lu, who is said to transcend the blue-green divide, does not match the Formosa Alliance’s independence views, so will supporters listen to her or to the alliance?

Former president Chen Shui-bian (陳水扁) has been in a constant state of agitation because Tsai has not offered him a pardon, and he has even said: “Do not force me to run for president.” That would, of course, be an impossibility, but he might be able to use his influence to bring down Tsai.

If that were to happen, Han would be our next president, not Lu, and Chen would have to then beg Han to show some compassion.

The person who is most pleased to see Taiwanese politicians trying to bring down Tsai is Chinese President Xi Jinping (習近平).

The KMT must not be allowed to split, so when Hon Hai’s China business ran into problems recently, that was, of course, planned by the Chinese Communist Party (CCP). In the end, Gou obediently did as he was told.

The CCP attempting to sow division within the pan-green camp is unavoidable, but do the national security agencies have any indication of how far they have gotten? Whether they have this information or not, the attempts to bring Tsai down are already under way.

This has placed Taiwan’s future in danger, but if Taiwanese can unite, there is still hope.

The KMT must rid itself of its comprador mindset. To see what the results of selling out Taiwan will be, they just need to take a look at Hong Kong today. Its richest man, Li Ka-shing (李嘉誠), has been criticized, and the territory’s young people are bleeding on the streets.

The pan-green camp must reform its small-farmer mindset, widen its horizons and look further ahead. It must not cling to individual power or small interest groups, but take a broad, global view to find a new lease on life for Taiwan. 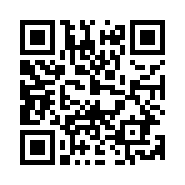