During the Sino-Japanese war, China’s Henan Province experienced a series of human-made disasters due to mismanagement and lax military discipline in the Nationalist Army in the region. One of these disasters was said to be the regional military commander, Tang En-po (湯恩伯), the others being drought, floods and locusts.

Seventy years after the communists took over, it seems the Chinese Communist Party is experiencing its own series of disasters: the African swine fever, COVID-19, Chinese President Xi Jinping (習近平) and an incoming plague of locusts.

African swine fever has killed half of all pigs in China, causing the price of pork to double in a year, driving up inflation and affecting the lives of Chinese.

The COVID-19 outbreak that has followed on the African swine fever disaster has brought death to many families, chaos to society at large and a stagnating economy. All this is closely related to Xi’s dictatorship and ineptitude.

Because technocrats have had to step back in favor of people who only know how to brag and flatter, their only way of dealing with African swine fever and the COVID-19 epidemic has been to conceal what is happening, as they lack the ability to nip the situation in the bud. They control the epidemic by controlling public opinion: If they say there is an epidemic, there is, and if they say there is not, there is not. Xi is the main culprit behind this human-made disaster.

The desert locust plague that is about to hit China came to Pakistan and India from east Africa. Experts said that the locusts can enter China along three pathways: from Kazakhstan in Central Asia to Xinjiang, from India to Tibet, or from Myanmar to Yunnan.

To reach Xinjiang and Tibet, the locusts must move across the cold Pamir plateau. This means that they have to overcome high altitudes and acclimatize to the cold, in addition to the lack of farmland among the area’s nomads.

For the locusts, entering China through Yunnan is ideal: There is spring year round and a lot of farmland. They could trace the path Xi followed in January, from Myanmar to Beijing, making this the most dangerous route.

Still, whichever route they take, it will match Xi’s Belt and Road Initiative.

China’s National Forestry and Grassland Administration has issued a statement saying that if the locusts enter China, no one knows what would happen or which patterns they would follow, adding that a lack of monitoring technology would make prevention and control difficult. China’s high-tech monitoring of its own people might be the world’s best, but it cannot monitor the locusts.

Is there any difference between this kind of leader and a pest?

Interestingly, COVID-19 and Xi are both made in China, while African swine fever and the locust plague come from Africa. This is the result of the hundreds of billions of yuan China, from Mao Zedong (毛澤東) to Xi, has spent on building a “strong, unbreakable” friendship between the African continent and China.

Mao was well read in classical Chinese literature and believed in the interaction between heaven and people. Xi lacks such erudite depths, but is instead obstinate and determined. Disaster is looming, but he refuses to stop and think, and instead emulates the emperors of old and issues an imperial edict saying he personally will handle the situation. In addition, he brags and boasts, and even has a book published extolling his “war” on the epidemic.

He really is the embodiment of shamelessness. People should of course feel sorry for Chinese for having to suffer such a leader, but in the end it is an evil of their own creation. 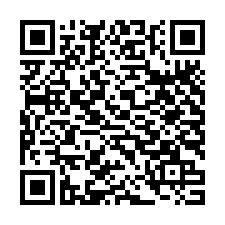