Defend against the CCP or perish

Less than 10 days after enjoying a solo concert by Taiwan-born pianist Chen Ruei-bin (陳瑞斌), I was saddened to learn that China’s foremost pianist, Fou Tsong (傅聰), who at the end of the 1950s went into exile in the UK, had succumbed to COVID-19. These extremes of emotion served up by the pandemic — joy and heartache — conjure up memories.

Fou’s father, Fu Lei (傅雷), was a well-known translator of French literature. When I returned to China in 1955, Fu was living in Shanghai and had already achieved distinction. Two years later, at age 19, I was lucky enough to escape the horrors of the Anti-Rightist Movement. Fu was less fortunate and in 1958 was branded a “rightist.”

I did not read his translation at the time, but many people were denouncing rightist students, and claiming that Fu’s translation was indoctrinating them with ideas of “individual struggle,” turning them against the party.

As a result, I was not surprised when Fu was labeled a rightist. Soon after I learned that his son, then aged 24, had left Poland, where he was studying, and sought asylum in Britain.

Fu and his wife, Zhu Meifu (朱梅馥), were publicly denounced in “struggle sessions” during the Cultural Revolution, and committed suicide by hanging. Not long after, the prominent Shanghai-based pianist Gu Shengying (顧聖嬰) also took her life, aged 29 — the same age as I was then.

If Fou had returned to China, he would have suffered a similar fate. His decision to go into exile was based on his knowledge of the Chinese Communist Party (CCP), but it was also influenced by his upbringing. Since exile meant severing family ties and also that they could be harmed, there must have been a tacit agreement between him and his parents that they would sacrifice themselves to protect him.

The agreement might have been struck in 1956, when Fou returned to spend the holidays with his parents. The campaign to eliminate counterrevolutionaries had just ended and the Hu Feng Group (胡風集團) of artistic and literary intellectuals opposed to the revolution had been brutally purged.

Fou escaped the purges, only to be killed decades later by the “CCP virus.” Thus two generations of the gifted Fu family were unable to evade the evil clutches of the CCP.

During the pandemic, Taiwan has been able to hold concerts and people are able to go about their lives, all thanks to the nation’s excellent epidemic prevention efforts. The government’s Central Epidemic Command Center, which has had to contend with repeated attacks from CCP proxies, consistently reinforces the message that every step it takes is based on expert opinion.

In other words, the government has always been skeptical of the information and advice coming from the CCP and the WHO. By comparison, Western countries, lacking in Taiwan’s anti-CCP and anti-communist defenses, have experienced a catastrophe.

The CCP’s philosophy is that it must use every weapon within its arsenal, and every disaster has the potential to be turned into a favorable situation. They call it “two-point theory.”

The CCP did not engage in passive epidemic prevention, but instead allowed the virus to spread abroad, turning it into a biological weapon, and thus a “good thing.”

Over the years, Taiwan has in effect been in a state of war, maintaining constant vigilance against the CCP, even sacrificing an element of its liberties. By contrast, Western nations have become drunk on notions of absolute freedom and liberty, and have become self-indulgent. This is why they are struggling to get a handle on the situation.

This is the lesson to be learned from the countless lives that have been lost during this pandemic, but the question is whether Western nations will strengthen their defenses against the CCP.

Western governments must understand that the CCP can never, ever be trusted: They are professional liars and there is evil intent in everything they do.

German Chancellor Angela Merkel appears not to have received the memo, as the EU has just inked a new investment deal with Beijing. The question now is whether US president-elect Joe Biden understands the nature of the threat.

In 1997, because I did not trust the CCP, I left Hong Kong for the US. The primary reason I moved to Taiwan in 2006 was over my disappointment with the overseas Chinese pro-democracy movement and a feeling that the US lacked anti-CCP and anti-communist defenses. Everything that has happened since has proved that my decision was correct.

Nations that robustly defend against and oppose the CCP will thrive and prosper; those that do not will perish. 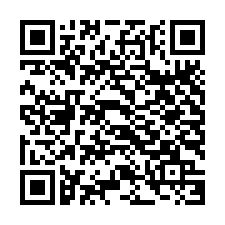