Newspapers in Taiwan recently carried an advertisement placed by a group of Hong Kong residents entitled “An open letter to the government and people of Taiwan.”

The ad says that Hong Kong is coming under heavy pressure to become more like the rest of China, and it advises Taiwan to take this as a warning. The letter was signed by representative figures from among moderate advocates of maintaining Hong Kong’s separate identity.

The advertisement shows how Taiwan and Hong Kong face a common problem: being brought under China’s influence. This highlights the need for Taiwanese and Hong Kongers to support one another.

Hong Kong Chief Executive Leung Chun-ying (梁振英) is the worst chief executive the territory has had. He represents elements in the territory that support the Chinese Communist Party — the same kind of people that supported China’s 1966 to 1976 Cultural Revolution. This can be seen from various incidents reminiscent of the Cultural Revolution that have been taking place in Hong Kong.

Since Leung has been in office, three organizations — Voice of Loving Hong Kong, Caring Hong Kong Power and the Hong Kong Youth Care Association — have appeared on the scene and have been playing the role of Leung’s hired thugs, using Cultural Revolution-style language and methods to oppose Hong Kong’s pan-democratic parties and groups.

They started out last year by occupying a booth set up by the Falun Gong meditation group. Then, on April 4, they attacked a pan-democratic forum, forcing the meeting to close down half way through. A month and a half ago, elementary school teacher Alpais Lam (林慧思) denounced police officers after she saw them protecting thugs who were damaging a Falun Gong booth.

After a video was released showing Lam swearing at the police in Cantonese and English, the pro-Communist elements mobilized their supporters from all over Hong Kong to put her under siege, even organizing a “struggle session” that degenerated into a shouting match involving about 3,000 people in the busy Mong Kok area of Kowloon.

It is understandable that Lam would get angry upon seeing government authorities using violence, and there is nothing remarkable about someone blurting out swear words in such a situation. It shows what a courageous person Lam is.

However, pro-Communist elements in Hong Kong have been hypocritically using pan-moralistic methods to subject Lam to a mass criticism campaign, accusing her of having a “personality disorder” and trying to force her to resign from her job. In reality, their purpose is a political one — to attack the pan-democrats.

The Hong Kong police force has been breaking its own rules by not sticking to administrative neutrality.

Monday last week was the first day of the new school semester in Hong Kong. Although Lam had already taken one month’s leave of absence, the pro-Communist groups still applied for permission to hold a picket at the gate of the school where she teaches. The police approved this “revolutionary act” despite the threat it posed to the safety of the students. Although public opposition to the event eventually led the organizers to cancel the picket, some of their members still turned up at the school gate to cause trouble.

Former owner and chief editor of the Hong Kong Economic Journal, Lam Shan-muk (林山木), better known by his penname Lam Hang Chi (林行止) and known as the territory’s top opinion writer, says he is thinking about putting down his pen because of the way pro-Communist elements have been attacking him for his outspoken support of justice.

Hong Kong’s richest person, Li Ka-shing (李嘉誠), has caused concern by selling off some of his assets in Hong Kong, Shanghai and Guangzhou.

On Monday, Hong Kong Secretary for Security Lai Tung-kwok (黎棟國) suddenly obeyed a summons from Beijing by traveling there with the leaders of the Correctional Services Department, Customs and Excise Department, Fire Services Department, Immigration Department and police to receive instructions. This gives a clear indication of the direction Leung’s administration is headed.

Hong Kong’s rapid downfall has important implications for Taiwan. Due to President Ma Ying-jeou’s (馬英九) acceptance of the “one China framework,” Chinese officials no longer feel that there is any need to maintain the “one country, two systems” setup in Hong Kong as an example for Taiwan. Instead, they now feel free to trample on Hong Kong more than they did in the past.

This is leading more Hong Kongers to change their attitude regarding Taiwan and Ma. They would prefer to see Taiwan defend its sovereignty.

Some of Hong Kong’s pan-democrats who supported a “democratic return” of the territory to Chinese sovereignty during the final days of British colonial rule have come to realize how wrong they were. At the same time and for the same reason, groups and parties that favor retaining Hong Kong’s separate identity are quickly rising to prominence. 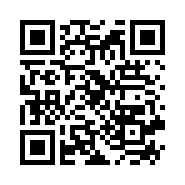