By Paul Lin 林保華
More than a year ago, Former Taipei EasyCard Corp chairman Sean Lien (連勝文), a Chinese Nationalist Party (KMT) Central Standing Committee member and potential candidate for November’s Taipei mayoral election, ridiculed President Ma Ying-jeou (馬英九) by saying that with the economy so bad, there is nothing so great about being the “grandmaster of a beggar’s clan.” Average Taiwanese have been turned into beggars as a result of Ma’s incompetence at ruling the country, but as chairman of the KMT, which has hundreds of billions of New Taiwan dollars in party assets, control over national resources and endless political contributions from corporations, Ma is still a very wealthy man.
“Begging” is normally understood as a way of gaining money, but what has been most interesting about Ma lately is the way he has become a “political beggar” seeking an “audience” with Chinese President Xi Jinping (習近平). This is evident from the way Mainland Affairs Council Minister Wang Yu-chi (王郁琦) acted during his recent trip to China.
First, before visiting China, Wang had to accept China’s condition of three forbidden categories of topics — politics, the Republic of China’s (ROC) title and status, and anything related to human rights, democracy or the rule of law. He did not even protest against the denial of visas to some Taiwanese media outlets.
Second, Wang had to obtain prior permission from China when he talked about the ROC during a visit to Sun Yat-sen’s (孫逸仙) mausoleum in Nanjing. In addition, although not every detail of a speech Wang delivered at Nanjing University was screened by China beforehand, China was informed of the more sensitive parts of the speech. This is why when provoked by a professor during the speech, Wang was unable to fight back — because he had not discussed his response with China beforehand.
Third, because Wang conspired with China prior to the second meeting with Zhang at the Peace Hotel in Shanghai, calling the meeting “a social visit,” no report on this meeting was submitted to the legislature. During that two-hour meeting, the two did talk about Ma and Xi meeting — the real issue behind their meeting.
Fourth, in Shanghai, Wang said cross-strait relations are not a form of international relations; a highly contested idea in Taiwan. He was fawning on China by saying this and merely said his “superior” was very clear, but did not have the guts to use the word “president.”
Fifth, after Wang’s return to Taiwan, Ma immediately issued an order that the cross-strait service trade agreement must be passed next month. Was this one of the conditions following Wang’s beggar’s trip to China?
In addition, after coming into office, Ma has gradually abandoned the so-called “1992 consensus” and “one China, with different interpretations” ideas that he had used to mislead Taiwanese and replaced them with the “one China” idea that relations are not state-to-state in nature.
What has Ma obtained in exchange for sacrificing Taiwanese sovereignty and universal values to arrange a meeting with Xi? China’s Taiwan Affairs Office Minister Zhang Zhijun (張志軍) addressed Wang as “minister,” but did not mention the Mainland Affairs Council in his meeting with Wang and Chinese media outlets did not even call him “minister.” Judging from China’s intransigence when it comes to official titles, how much of Taiwan’s sovereignty and dignity will Ma have to sacrifice to bring about a Ma-Xi meeting?

Of course, to create an atmosphere conducive to “unification,” Xi is in a hurry to bring about a meeting with Ma. Since he has already refused to meet with Ma at an international occasion, the two could meet in China at any place and at any time. As long as Ma is willing to accept humiliating and unequal conditions, perhaps a meeting at the birthplace of Confucius (孔子), Qufu in Shandong Province, would be possible.
In November last year, Xi gave a private speech during a visit to Qufu that was later publicized, but then quickly withdrawn. In the speech, Xi said that he hoped everyone remembered what Confucius taught in the Analects.
Xi said that Confucius’ philosophy is a remedy not only for treating China’s problems, but also the problems of Western societies. He said Confucian culture can help spread traditional virtues, establish a new spirit for the times and lift the spirits of Chinese while also increasing the “soft power” that culture represents. These comments are very similar to Ma’s line of thinking.
The travels of Confucius to the kingdoms of his time were tantamount to political begging, but he never succeeded in persuading a king to follow his doctrine.
What we should pay attention to now is whether Xi will give Ma a shred of greater prominence and let him go down in history.
Paul Lin is a political commentator.
Translated by Drew Cameron
Taipei Times 2014.2.23 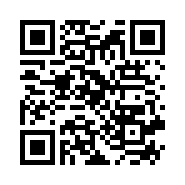