By Paul Lin 林保華
The 500,000-strong protest on Taipei’s Ketagalan Boulevard on Sunday last week ended peacefully. More people participated than ever; but the police clearly understated the numbers — reflecting President Ma Ying-jeou’s (馬英九) real attitude. As expected, the Presidential Office was quick to issue an indifferent response.
The speech given by protest leader Lin Fei-fan (林飛帆) clearly stated the movement’s aims. He said it was not just about occupying the legislature, but also about initiating reflection on the nation’s constitutional and democratic system and redefining cross-strait relations. These ideas show great foresight.
After a decade of observation, it is clear that Ma is incapable of reflection and thus constitutional reform is out of the question. He is an extremely selfish, power-hungry political hack who is good at dissembling. He is incapable of running a nation and has no intention of implementing reform.
Given that he cannot reform even a single state-owned enterprise, it is a waste of time hoping for constitutional reform.
In this light, the significance of the Sunflower movement is its international importance. Judging from the reaction of the international media, the movement is seen as an expression of Taiwanese resistance to Ma — who is doing all he can to unite Taiwan with China. These media outlets view the movement as a redefinition of cross-strait relations.
This redefinition must stress the value of the nation’s sovereignty and independence and refuse to allow China to annex Taiwan through economic means. It would show that there are more important things to Taiwan than economic interests, such as the nation’s sovereignty, dignity and way of life.
It is hoped that this redefinition will force the US to reflect on its support for Ma. It has long centered its Taiwan policy on avoiding “trouble” with China. This runs counter to its strategic shift toward the Asia-Pacific region in which it should be emphasizing the protection of democratic values and security.
The US Congress is most likely to listen to Taiwanese and hopefully it will be able to put pressure on the US Department of State.
Ma’s unconstitutional actions forced the students into occupying the legislature because China wants to annex Taiwan and this government is intent on selling the nation out. This is rarely seen in democracies. The situation in Ukraine is only somewhat similar. The crisis Taiwan faces is more serious, because the Chinese constitution lists Taiwan as part of its territory. Beijing also has the 2005 “Anti-Secession” Law to provide extra ammunition.
Due to Ma’s selfish, opinionated ways, and because he thinks that public mobilization has reached its limits, the president keeps refusing to change his stance on the cross-strait service trade agreement.
If the Chinese Nationalist Party (KMT) does not resolve its internal problems and get rid of Ma and his partner — National Security Council Secretary-General King Pu-tsung (金溥聰) — public frustration could lead to non-peaceful measures.
Given Ma’s abysmal approval rating, and support for the movement among ordinary Taiwanese, the police and the army may remain neutral. Under such circumstances, perhaps Ma would invite Beijing to send troops over to “suppress the rebellion.”
Dealing with a Taiwan that does not wish to become a slave of the Chinese Communist Party, the US will be forced choose sides. This will test whether the US bases its foreign policy on the spirit of its founding fathers or on economic interests. Will the US will stop China from taking action against Taiwan?

The US’ response will affect the security of Japan and South Korea, as well as the democratic trend in East Asia and the world.
Paul Lin is a political commentator.
Translated by Drew Cameron 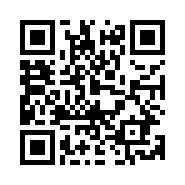