Students must protect gains from president
By Paul Lin 林保華

The students involved in the Sunflower movement have announced they will be leaving the Legislative Yuan with honor and taking their battle to the outer perimeters of the building. Their decision is understandable.

However, while the student movement has achieved certain results, it is still quite far from its goals and if it mishandles the situation now, it will lose what gains it has achieved.

President Ma Ying-jeou (馬英九) is utterly shameless and controls the Chinese National Party (KMT) caucus. It is thus possible everything will go back to how it was before. If that happens, the student movement will have to start all over again and will take on a much more radical form, or a “revolution.”

Ma is a hypocrite. So far, he has gotten what he wants while playing the victim. He has not had to say anything himself; he has left it to his KMT cronies to insult the students and anger the public.

Two-bit gangsters are bullies. When dealing with them, you need to be willing to call their bluff. The students lack experience dealing with such people.

At press conferences, the students have resorted too much to reason and have failed to exploit their position of power. The fear is that they will falter. If they do lose, this is when they will use a “revolution” to warn Ma’s “conglomerate.”

Before the Sunflower movement, many younger people tended to seek a sense of security. The experience of the movement has changed that.

They have started to pay attention to important national affairs and to their own futures. They are no longer being led astray by the government’s rhetoric about increasing Taiwan’s economic growth, which has been little more than a smokescreen Ma employed to determine their fates.

Now that 500,000 people have shown they are sick of being constantly deceived, even more people will come out and defend Taiwan’s sovereignty and their own rights and interests.

Now these people are angry, it will be impossible for everyone to remain being “peaceful” and “reasonable.” Only a cold, calculating person like Ma could pull that off.

Ma totally refuses to back down because he has made a promise to Beijing. The cross-strait service trade agreement was signed on June 21 last year and was to become effective three months later, on Sept. 31.

This is why Ma “denounced” Legislative Speaker Wang Jin-pyng (王金平) in the middle of September last year.

After that failed, Ma changed his promise to Beijing, aiming to have the agreement pushed through February’s legislative session. This is why Ma has ordered it be passed by June. If Ma fails to deliver, Beijing will give up on him and that is what history will remember him for.

Beijing has lost confidence in Ma.

Reports from Hong Kong’s Sing Tao Daily (星島日報) have said that Fujian Province Chinese Communist Party (CCP) Chief You Quan (尤權), who was originally going to lead a delegation to Taiwan, canceled his trip at the last minute because of the movement, and that delegations from China’s Jiangsu and Henan provinces, which planned to visit this month and next month respectively, are observing the student movement closely.

China’s Taiwan Affairs Office Minister Zhang Zhijun (張志軍), who originally planned to visit Taiwan in the middle of this month, may also postpone his trip.

This is one of the results the Sunflower movement has achieved. The students are rational, so they will not be “opposed to all things Chinese.”

However, their determination to protect Taiwan’s sovereignty will not waver, and will only become stronger. 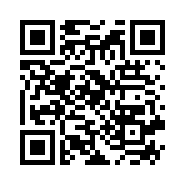