Within two weeks, president-elect Tsai Ing-wen (蔡英文) visited both the Chungshan Institute of Science and Technology, a developer of advanced weapon systems, and the Aerospace Industrial Development Corporation, a developer of aerospace and defense products. She gave talks showing expertise during both visits. These visits demonstrate that this woman can safeguard national security.

Taiwan might have disputes of ownership over certain islands and reefs with Japan and Vietnam, but it has a greater dispute over national sovereignty with China, which is seeking to annex Taiwan, so these visits were clearly pointed.

Tsai can come off as a little cowardly. When being bullied by China to accept the “1992 consensus,” she expressed hopes Beijing would show “greater goodwill.” After hearing her appeal, Chinese officials in charge of Taiwanese affairs have made reckless remarks and continued their bullying. And of course, their Taiwanese supporters were quick to chime in.

So is Tsai cowardly or courageous? She usually does more and talks less. Even if she gave talks when visiting the defense industry, her remarks were not provocative or pointed. As for the bullying by China and President Ma Ying-jeou (馬英九), she responds in a mild manner and never fires back with emotion.

Tsai’s character is in line with the principle of “peace, rationality, non-violence and non-profanity.”

However, after following this principle for 20 years, Hong Kong’s freedom and rule of law have degenerated. Hong Kong’s use of “non-profanity” in principle might be a result of the British influence. Due to the gap between Western culture and traditional Chinese “ruffian culture,” the principle is having the opposite effect in Hong Kong.

Today, young people in Hong Kong are abandoning this principle for brave protests, and Beijing reacted forcefully. In particular, Hong Kong Chief Executive Leung Chun-ying (梁振英) made threatening gestures, trying to win Beijing’s trust and his own reappointment by further intensifying opposition. Beijing has now softened its stance on Hong Kong’s protests after some deep reflection.

On the contrary, by following this principle, Tsai is being bullied more by Chinese officials and their flunkies, who think she is weak. They are pressuring her to accept their way, because “bullying the weak and fearing the strong” has always been the nature of these Chinese hoodlums.

If Tsai accepts the “1992 consensus” in exchange for greater goodwill, those bullies would demand that she accept that the two sides of the Taiwan Strait belong to “one China.” If you give them an inch they will take a mile, it is in the nature of bandits.

Beijing is softening its stance on the US, Japan and even Hong Kong, fearing war with the US and Japan. However, it is particularly hostile to Taiwan due to its misjudgment of Tsai’s approach.

The Democratic Progressive Party’s New Tide faction expelled former Straits Exchange Foundation chairman Hung Chi-chang (洪奇昌) for being a “follower” of the Chinese Nationalist Party’s (KMT) former National Security Council secretary-general Su Chi (蘇起), which should show Beijing that behind Tsai’s gentle appearance is strength. Her “peace, rationality, non-violence and non-profanity” policy is likely to win greater sympathy in the international community and she is going to break the “one-China” curse sooner or later.

In terms of Tsai’s inaugural speech on May 20, she is likely to give an appropriate response to China’s bullying and show Taiwanese dignity, boosting public morale. 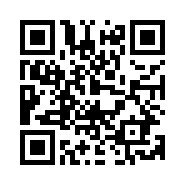