One week ago, Mainland Affairs Council Minister Andrew Hsia (夏立言) said his meeting with China’s Taiwan Affairs Office Minister Zhang Zhijun (張志軍) this month has a number of important topics on the agenda, including the establishment of mutual cross-strait offices. What a scary thought.

Currently, the circumstances under which the Association for Relations Across the Taiwan Straits (ARATS) and the Straits Exchange Foundation interact allow ARATS officials to travel anywhere they want in Taiwan. For example, ARATS Deputy Chairman Zheng Lizhong (鄭立中) has not only been able to access grassroots gatherings in southern Taiwan, but also attended a meeting in Taipei 101 with Council of Agriculture Minister Chen Bao-ji (陳保基) and Ting Hsin International Group (頂新國際集團) officials.

On the other hand, when foundation Chairman Lin Join-sane (林中森) visited the chairman of the Chinese People’s Political Consultative Conference, Jia Qinglin (賈慶林), in Beijing in October 2012, he obsequiously presented Jia with a “report for the chairman.” Thus, when cross-strait offices are established, the Taiwanese office will be useless, whereas the Chinese office in Taiwan will subvert Taiwan’s center.

Before 1997, China had established a branch of the Xinhua news agency in Hong Kong as a second power center. After the 1997 handover, it was changed to an official liaison office. In fact, before 1997, Xinhua was already becoming Hong Kong’s “overlord,” as comments from the news agency’s chief were enough to cause the stock market to flourish or crash.

A Chinese representative office would serve a few functions. First, it will be the center for taking over control of Taiwan. The office will establish a shadow government, and observe, study, monitor and even penetrate the Taiwanese government. When the time is ripe, it will take control.

Second, it will be an underground Chinese Communist Party center that will develop infrastructure and recruit party members all over Taiwan. Under the unified leadership of the party — and as a semi-public organization — it will be able to lead Chinese institutions and personnel, including Chinese investors, media, students, spouses, visiting cadres, independent travelers and “descendants of the Yellow Emperor” engaging in subversive activities.

Third, it will be a frontline spy center. China will rampantly breed secret agents all over Taiwan in the name of its “united front” and “communication.” Regardless of Taiwan’s human, material or financial resources, it will have no way to cope with this impeding force.

Fourth, it will be a purchasing center. With China’s vast financial resources, it will buy up Taiwanese enterprises of all sizes. As Chinese are able to buy at high prices, many business owners will be unable to resist, and Taiwan will ultimately succumb. The Grand Hotel in Taipei is a prime target as a Chinese representative office.

President Ma Ying-jeou (馬英九) does not care about the election of Chinese Nationalist Party (KMT) members; a China victory is more important. If this becomes a reality, it will be difficult for the Democratic Progressive Party (DPP) to remain in control even if it regains power — unless it is willing to act as a puppet of China. The media are full of reports about corruption, but they are avoiding any talk of this national crisis. Why?

Ma’s capitulation over the M503 flight route further demonstrates that it is time for the DPP — along with Taiwanese civic groups — to make a concerted effort to stop Ma from signing any further agreements or attending any high-level talks with Beijing. 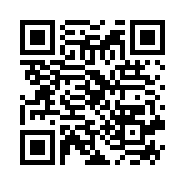