President Ma Ying-jeou (馬英九) finally revealed his real plans to the public when he recently said that he would be willing to sign a peace agreement with China.

On Sept. 12, Ma’s “Siamese twin” King Pu-tsung (金溥聰), executive director of Ma’s re-election campaign office, said during an international press conference in the US that after winning re-election, Ma might visit China.

He also said that he did not rule out Taiwan and China signing a peace agreement. Because his remarks drew a strong reaction in Taiwan, the next day Presidential Office spokesman Fan Chiang Tai-chi (范姜泰基) backed away from the comments and quoted a statement from Ma saying he did not have any plans to visit China, that “there is no urgent need for political negotiations” and that there is “no timetable for holding political negotiations with China.”

The question is, how can so much have changed in just one month? Judging from the relationship between Ma and King, Ma listens to everything King says, which is why People First Party (PFP) Chairman James Soong (宋楚瑜) talks of a “King and Ma system,” implying that King controls Ma.

On Monday, Ma changed his tune again when he said that a failure to include a peace agreement in his planned “golden decade” would make it seem as though Taiwan was not interested in addressing the matter for the next decade and that would be bad.

Here, we really have to ask who it is that would dislike such a situation.

Many people have heard rumors that China is displeased with Ma for not returning the favor China did for Taiwan when it made concessions on products to be included in the Economic Cooperation Framework Agreement “early harvest” list and after helping Ma in the five special municipality elections.

These rumors have since been confirmed. An editorial in the Global Times, a daily Chinese tabloid newspaper affiliated to the official Chinese Communist Party newspaper, the People’s Daily, on Sept. 17 criticized Ma for making more than 20 requests for arms sales from the US.

The editorial said that whenever the US has sold arms to Taiwan in the past, Beijing had focused its retaliation on Washington, but in the future it should redirect some of its ire to Taiwan because China now has more ways to impose sanctions on Taipei than on Washington.

When talking about sanctions, they are of course targeting the Taiwanese economy, which is increasingly reliant on China. It is hard to imagine how Beijing could send out any stronger warnings than it did in 1996 when it shot missiles into Taiwanese waters.

While these comments were made in reference to arms deals, we need to pay attention to the date they were made, because they were published before the US had made any official decision on arms sales to Taiwan. More significantly, they came three days after Ma denied that he would be signing a peace agreement with China, which strongly suggests that China was using the issue to let off some steam.

Because China “feels bad” about Ma, all he could really do in response was to include the peace agreement in his “golden decade” policy.

It is clear that Ma is not only getting ready to serve up Taiwan to China on a platter, he is also taking away the right of future generations to make a choice for themselves.

All this talk of 10 years is a ruse. If Ma is re-elected, he will have surrendered in less than four years. 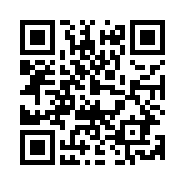