Su Beng is an example for Taiwan
By Paul Lin 林保華

The “three little pigs” donation campaign of the Democratic Progressive Party (DPP) signifies a further awakening among the public and represents a turning point in Taiwan’s democracy movement.

Wednesday was the 93rd birthday of Su Beng (史明), one of the pioneers of Taiwan’s nation-building and democracy movements. The Su Beng Education Foundation organized a concert to celebrate the occasion and this is a good time to revisit Su’s contributions and provide them as an example that may be followed during the struggles Taiwan may face in the future.

Director and orchestra conductor Tseng Dau-hsiong (曾道雄) has praised Su as a “national treasure.” Here are a few thoughts about the “Taiwanese values” Su embodies:

First, Su has spent both money and energy on his causes, making permanent contributions to social and political movements. He donated all the money he made from when he ran a noodle shop in Japan to these movements. Just as Tseng said, Su’s actions are true contributions and he has never asked for anything in return. This is very different from many politicians, who only think in terms of their own personal interests or the interests of whatever political faction they belong to.

Second, Su has both a theoretical and a practical basis. Despite being born into a wealthy family in Shilin District (士林), Taipei, Su’s heart is full of compassion and he has a strong desire to help people who have suffered major injustices. As a result, he went to study in Japan, where he came into contact with Marxism. He later went to China, where he worked as a spy against the Japanese and joined the Chinese Communist Party’s (CCP) armed struggle to overthrow the Chinese Nationalist Party (KMT). After returning to Taiwan, he went into exile in Japan.

While working for the revolution, he also completed his significant work, titled Taiwan’s 400-Year History (台灣人四百年史) in the early 1960s, which became a classic theoretical base for the promotion of Taiwanese independence. Even after Taiwanese gained universal suffrage, Taiwan still faced many injustices and Su personally led his Association for Taiwan Independence Action, organizing and directing street protests, including in 2005, when former vice president Lien Chan (連戰) was intercepted on a highway on his way to catch a flight to China to pay tribute there. At that time, Su was almost 90 years old.

Third, Su has clear goals and strategies. He understands the CCP’s unification strategies. Therefore, while he employed radical means in the pursuit of his revolutionary goals, he has never acted aggressively in isolation, but always stresses the need to unite “progressive Chinese people” with Mainlanders in Taiwan who see Taiwan as their home and to ease the tensions caused by Taiwanese and Chinese nationalism. He has also stressed that independence and nation building cannot be realized by merely chanting radical slogans.

Fourth, Su is resolute and capable of self-reflection. While upholding his principles for Taiwan’s nation building and its democratic movement, he continuously engages in self--reflection and keeps in step with the times.

When he was in China, he witnessed the CCP’s inhumanity and made the decision to leave it and return to Taiwan. After the DPP lost the -legislative elections and the ensuing presidential vote in 2008, Su, widely viewed as “deep green,” looked at the mistakes the DPP made during its eight years in office and quickly came to support the new, reasonable and rational policies proposed by DPP Chairperson Tsai Ing-wen (蔡英文) for reforming the party and for resisting the KMT from both inside and outside the system. His support can make more people better understand Tsai. It is indeed remarkable for a 90-something “revolutionary” to not be biased and to care so much about the younger generations.

Supposing the DPP regains office next year, it will have the tough challenge of implementing transitional justice. For the sake of domestic unity, it will not use simplistic and brutal methods. The “Taiwanese values” embodied by Su are also the same values of “passion, reason and forgiveness” Tsai announced at a rally attended by 70,000 people in Greater Kaohsiung on Saturday last week.

It is these values that will decide who wins the election and bring about the birth of a new Taiwan. 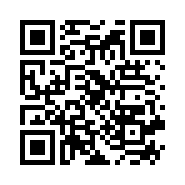