The protesters focused on Law and Wong, who were at the front of the “Umbrella movement,” are internationally active and are seen as “traitors” by Chinese unionists.

Hong Kong is a Chinese territory and the Hong Kong chief executive is a secret member of the Chinese Communist Party (CCP); using violence is in their nature. However, that the situation should be the same in Taiwan was unexpected, but maybe not a complete surprise.

Unexpected because although Taiwan is an independent democratic nation, Chinese representatives were allowed to follow and attack Hong Kong independence advocates. On the other hand, it was not a complete surprise, because Taiwanese democracy is not protected by the legal system, which remains under the control of the Chinese Nationalist Party (KMT).

The events surrounding this incident can be traced back to Dec. 12, when Hong Kong National Party convener Chan Ho Tin (陳浩天) and spokesperson Jason Chow (周浩輝) were beaten by suspected Chinese unionist thugs at the Caesar Park hotel in Taipei because they promote Hong Kong independence. Clearly the thugs were Chinese representatives in Taiwan.

That evening, Chan and Chow were at Taipei Railway Station with the person who had invited them, Democratic Progressive Party member Chu Cheng-chi (朱政騏), when Chu Cheng-chi received telephone call from Xiao Jin (肖勁), a reporter with the Hong Kong-based Pacific Weekly who was visiting Taiwan to interview Chan. As Chan and Chow were to return to Hong Kong the next day, the interview was conducted that evening at a coffee shop near the hotel. Less than 20 minutes after they arrived, seven or eight people sat down next to them. When the interview was over, they started throwing things and assaulting Chan, Chow and Chu Cheng-chi. Hotel staff and Chu Cheng-chi called the police and two officers came to take the offenders away, but another dozen people were following the proceedings. On their way to the Zhongzheng police station there was more violence directed at Chan, Chow and Chu Cheng-chi while police officers were protecting themselves.

Because Chan and Chow were in a rush to return to Hong Kong, they never filed a lawsuit.

Police reportedly submitted a written report to prosecutors, who have done nothing.

A few days later, the same offenders are suspected of assaulting a group of Taiwanese independence advocates in Taipei’s Ximending (西門町) area. Police and prosecutors once again did nothing.

Government agencies have also been attacked on several occasions and people promoting reform have been assaulted by people suspected of working with China, amid Beijing’s threat to use military force against Taiwan.

How could they have known about the meeting? It would not be a surprise if Chu Cheng-chi’s telephone was tapped.

Every time I have participated in human rights forums in China it has been easy to spot KMT and CCP agents, including those from Hong Kong or Japan — Taiwan has become a center for information gathering.

What should the government do to address the issue of these fifth columnists? If it is incapable of dealing with the issue, should civic groups organize self-defense measures to keep us safe and take on the burden of maintaining national security? 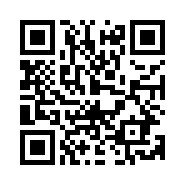