On Aug. 24, the US Congress issued a report on the Chinese Communist Party’s (CCP) overseas “united front” work.

Among the “united front” activists are Chang An-le (張安樂), also known as the “White Wolf,” in Taiwan, and Tung Chee-hwa (董建華) in Hong Kong.

Chang — chairman of the Chinese Unity Promotion Party (CUPP) — is a widely known mafia boss who was pardoned during the presidency of Ma Ying-jeou (馬英九) and thus was able to return to Taiwan.

Tung was Hong Kong’s first chief executive and is vice chairman of the Chinese People’s Political Consultative Conference’s National Committee. The juxtaposition of a mafia boss and a former Hong Kong chief executive is a spectacular concoction arising from the CCP’s tactics.

The report says that China’s attempts to turn Taiwan’s democracy on itself is not only intended to brainwash the general public into supporting unification, but also to create unrest that the CCP can claim as justification for military intervention to protect the people.

CUPP activists were seen during the Sunflower movement and when Hong Kong democracy advocates visited Taiwan, and were the cause of violent conflict on those occasions.

According to the report, Tung’s non-profit organization in Hong Kong provides funds to many well-known think tanks in Washington that are influential in US diplomatic circles. Their purpose is to enable China to establish the right connections, so that they can speak for China — that is, using the US to promote the CCP’s ideology.

In short, they are an overseas fifth column deployed by Beijing to act in concert with its aggressive expansion.

These are only the relatively open activities that are part of China’s strategy — attempts to incite confusion to create chaos and divide its enemies. Who knows how much hidden activity there is.

Take the Taiwan Youth Anti-Communist Corps and the Taiwan Friends of Uighurs association, of which I am a member, for example: They have been infiltrated by many groups — from the red, blue and green camps. The most covert operation is run by those who claim to belong to the pan-green camp, but are in fact working against it — and this is done by one of the founding members of the Democratic Progressive Party (DPP).

During Ma’s presidency, the two telephones in my house were tapped — this was proven by a company that conducted an inspection — while warnings from Google that state-supported groups were attempting to hack my computer were part of my daily routine.

Whether these attempts were by the CCP or the Chinese Nationalist Party (KMT), or a collaboration between the two, I have been unable to find out.

If even our small groups are being infiltrated by fifth column actors, surely the top leadership of the DPP and the government should also be on the alert.

There has been lots of fake news attacking the government recently. The national security organs and prosecutors must be alert to who our enemies are and investigate these incidents. They must conduct thorough investigations to figure out which of these reports are merely meant to sow confusion and which are undercover operations. The authorities must make an example of them to deter others.

The legislature should promptly amend any laws that are incomplete.

Tung once funded Xu Jiatun (許家屯), a former president of the Hong Kong Xinhua news agency — now the Liaison Office of the Central People’s Government in the Hong Kong Special Administrative Region — so Xu could support his mistress.

However, after Xu fled to the US, Tung was still trusted by the CCP and defeated senior judge Yang Tieliang (楊鐵樑), a candidate recommended by Xu’s successor, Zhou Nan (周南), to be Hong Kong’s first chief executive.

The reason Beijing valued Tung was his network in the US: When Chinese President Xi Jinping (習近平) visited the US, Tung was a member of the Chinese delegation.

In November last year, Tung crony Patrick Ho Chi-ping (何志平), the husband of Taiwanese star Sibelle Hu (胡慧中), and who was Hong Kong secretary for Home Affairs during Tung’s first term as chief executive and also vice chairman and secretary-general of the China Energy Fund Committee, was arrested in the US for engaging in “civilian diplomacy,” bribing diplomats from African nations in the US to promote China’s Belt and Road Initiative.

Although many celebrities have expressed willingness to pay Ho’s bail, the court of first instance and the court of appeal last month rejected his bail request, which only goes to show how serious the problem is.

And these are just some of China’s fifth column activities in Taiwan, Hong Kong and the US. 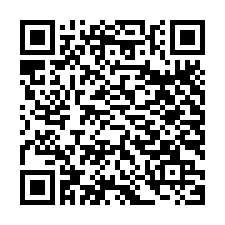