It has been an eventful autumn for Taiwan. In addition to concerns over the economy and deteriorating living standards, it is worrying to see that aspects of Taiwanese consciousness are being washed away.

Because of this, the awakening of Taiwanese culture seems to be filling in the gap left by the disappearance of the political manifestation of Taiwanese consciousness.

The films Cape No. 7 (海角七號) and 1895 have been successes not only because they were produced locally, but because the movies are products of Taiwanese culture.

The Chinese government’s abrupt decision not to allow Cape No. 7 to be screened in China reveals the hypocrisy of statements made by Association for Relations Across the Taiwan Strait Chairman Chen Yunlin (陳雲林), because it shows the desire to keep the Chinese public from getting to know Taiwanese culture and history.

And while the movie 1895 is shown in Taiwanese theaters, China Central Television aired a Chinese historical drama called Taiwan 1895. The drama elicited widespread criticism on the Internet for a confusing storyline that misrepresents history. This is because China emphasizes politics, while history plays an insignificant role.

I moved to Taiwan more than two years ago and have spent that time trying to improve my understanding of it not only from a political perspective, but also from a cultural and historical perspective. These two movies enhanced my knowledge of Taiwan in terms of its history and art. In August, I saw a performance by the Taipei Royal Ballet based on the poem The Corsair by the English poet Lord Byron. I did not expect Taiwan would have such a top-notch ballet company. If it were based in Hong Kong, it would have been famous long ago.

The first time I heard of Tsai Jui-yueh (蔡瑞月) was two years ago when then-Taipei mayor Ma Ying-jeou (馬英九) — in an attempt to redeem himself after allegations he abused his mayoral special affairs fund — donated money he had transferred to his private bank account during his mayoral terms to the Tsai Jui-yueh Dance Foundation and other foundations. Ma’s move was an attempt to reduce the case’s impact on his image and to show his loyalty to Taiwan.

The hardship Tsai experienced during the White Terror has shaped her Taiwanese consciousness. At first I thought her dance troupe’s performances would be pro-localization, but they were not. Because of her experiences living in Japan and Australia and her devotion to the dance industry in Taiwan, she has been called “the mother of Taiwanese modern dance.”

The Tsai Jui-yueh Dance Festival took place in October, covering works by Tsai and other choreographers. Songs without Words (無言歌), Bones of the Warriors (勇士骨) and The Lament of Foreign Brides (外籍新娘悲歌) concern human rights issues such as the 228 Incident and reflect modern Taiwan.

Radeau, Limousine for Janis and Brandenburg Concertos were other pieces by international choreographers performed at the festival. Although Tsai passed away in 2005, her successors and many young dancers strive to promote her tradition while innovating.

As for the Rose Monument, where the Tsai Jui-yueh Dance Institution is located along with a restaurant, this must be what is meant by cultural activities supported by industry.

Sitting on a green lawn outdoors while watching a performance is a unique pleasure. The venue has been reborn after several fires. Likewise, perhaps this eventful and disaster-stricken country can become a new nation that embodies the spirit of tolerance and modernity of Tsai’s dances.

TRANSLATED BY TED YANG This story has been viewed 329 times. Advertising 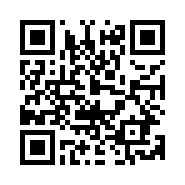