A curious Chinese definition of ‘partner’

Chinese Nationalist Party (KMT) Chairman Wu Poh-hsiung (吳伯雄) recently visited Japan. According to reports, he managed to allay concerns among Japanese officials that Taiwan is moving closer to China at the expense of relations with Japan. Japanese politicians also demonstrated support for Taiwan becoming an observer at the World Health Assembly (WHA).

Wu felt he “accomplished everything that President Ma Ying-jeou (馬英九) told me to do.” Just what did Ma tell Wu to do?

If all Ma told Wu to accomplish was to get support for Taiwan to become an observer at the WHA, then he did not really achieve much. Japan would have given its support even if Wu hadn’t gone there.

However, if Ma wanted Wu to dispel concerns about Taiwan’s relationship with China at the expense of Japan, it is still too early to tell if he succeeded.

Wu’s most interesting comment was that he had conveyed Ma’s message that Taiwan and Japan are “special partners” who share a “special relationship.”

This talk of “special relations between partners” reminds me of what former president Lee Teng-hui (李登輝) said nine years ago on “special state-to-state relations” between Taiwan and China, or what Lee referred to as the Two States Theory.

Viewed in this light, and because Taiwan and Japan are island states in the Western Pacific that share a “special partnership,” the two could be considered a “special case of Two States Theory.”

Existing relations are extremely complex, as any decision made in Taiwan can have deep and long-lasting effects on Japan. Ma should remember this and speak to Japan before making major decisions on cross-strait relations. Ma and Wu should also repeat the message to China to allow it to understand the complexity of Taiwan-Japan relations — and to keep China in check.

Speaking of partnerships, we should take a closer look at the relationship between China and France. On Nov. 27, when French President Nicolas Sarkozy decided to meet with the Dalai Lama, Chinese foreign ministry spokesman Qin Gang (秦剛) said France should set an example because it is a strategic partner of China.

China’s threat to launch economic sanctions against France because it went against what China believes “complete strategic cooperation partners” should do shows that extreme caution is needed when signing any agreement with Beijing. This is because China will force signatory nations to accept its one-sided interpretation of how partner nations should act.

In the event that China acts in a way that these Western partners would find objectionable, they must still grit their teeth and support China, or at least register no objection.

In effect, these partners must deny their beliefs and principles.

Former French president Jacques Chirac visited China in 1997 and 2004 and became a slave to China by becoming one of its partners. He and leaders of other Western nations should try to free themselves from China and maintain their reputations.

Just what sort of partnership do the KMT and the CCP have? A partnership characterized by collusion in the subjugation of Taiwan, perhaps?

I would ask ordinary Taiwanese this in response: “Are you willing to become ‘partners’ with the CCP?” Paul Lin is a political commentator based in Taiwan.

This story has been viewed 566 times. 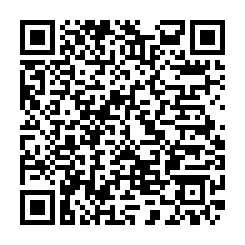