On Dec. 31, Chinese President Hu Jintao (胡錦濤) gave a speech in Beijing to commemorate the 30th anniversary of the “Message to Compatriots in Taiwan.” The basic spirit of the speech was the same as 30 years ago and was aimed at getting Taiwan to surrender to China.

What was the “Message to Compatriots in Taiwan” about? The younger generation today does not understand why China issued such a statement and, considering the closed political environment and restricted information flow at the time, not even the older generation have a good grasp of it.

After 1949, China’s Taiwan policy was that Taiwan must be liberated. As a result, there was some military conflict between the two sides. The most serious incident was the 823 Artillery Bombardment that occurred on Aug. 23, 1958, and was instigated by the Chinese Communist Party (CCP).

On Jan. 1, 1979, China issued the “Message to Compatriots in Taiwan,” which represented a major Chinese policy change toward a softer attempt at getting Taiwan to willingly surrender. The ferocious CCP suddenly made emotional appeals to the Chinese Nationalist Party (KMT). The CCP, which had boasted about how it annihilated 8 million KMT troops and settled the score with “the remaining dregs of the KMT” during the Cultural Revolution before making two foreigners, Karl Marx and Vladimir Lenin, its spiritual fathers, suddenly turned around and said the KMT and the CCP were all “descendants of the Yellow Emperor” and that “unification” must be achieved to appease “the ancestors.”

The CCP, which forced the KMT to flee to Taiwan and “dealt with” the families of KMT members who remained in China, suddenly said that “Taiwan’s separation from the motherland for nearly 30 years has been artificial and runs against our national interests and aspirations.”

This seemed to imply that the KMT or a third party had caused this “artificial” separation and that China had nothing to do with the matter. I therefore find it sickening to hear China talk about things like the Taiwanese public’s “yearning for their homeland and old friends.”

In order to understand the total turnaround in the CCP’s attitude, we must understand the historical background. In September 1976, Mao Zedong (毛澤東) died and in August the following year, China announced the end of the Cultural Revolution.

In the CCP’s own words, the Cultural Revolution was “10 years of turmoil” that represented a crisis in terms of belief, trust and confidence, while the economy moved to the verge of collapse.

Unable to “liberate” Taiwan by military means, China had to change its strategy to one of “tricking” Taiwan. This two-pronged strategy has since been used frequently by China.

To trick everyone, China said in its “Message to Compatriots in Taiwan” that “the Chinese government has ordered the People’s Liberation Army to stop the bombardment of Kinmen and other islands starting today” and it declared that this represented an end to military confrontation between China and Taiwan.

This was a way for China to save face, because US intervention in the 823 Artillery Bombardment caused China to shrink back, which ended the dream of “liberating” Taiwan.

Mao’s idea of bombarding Kinmen every second day was fresh at first, but soon lost any innovative value. In addition, to appease the US, China launched a war on Vietnam to punish it for strengthening ties with the Soviet Union. It also supported the Khmer Rouge in Cambodia. There was a possibility that the Soviet Union would come to the assistance of Vietnam and so China pulled out of the cross-strait bombardment.

Lets move on to the international situation. In 1972, Mao invited then-US president Richard Nixon to China because the struggle between China and the Soviet Union for leadership of the international communist movement had developed into minor military scuffles. Mao worried that the Soviet Union would use nuclear weapons, and he therefore changed policy from opposing imperialism, revisionism and reactionaries to one of trying to co-opt the US imperialists and the KMT reactionaries to counter Soviet revisionism.

At the same time, the CCP chose to issue its “Message to Compatriots in Taiwan” to curry favor with the KMT in a perfect example of how the CCP uses a ruthless two-pronged approach.

But since then, China has often issued military threats against Taiwan and now has more than 1,000 missiles aimed at the nation. It seems that the end of cross-strait military confrontation that China talks about refers only to replacing cannons with missiles.

Hu is at his lying best again, using more despotic rhetoric than ever before. President Ma Ying-jeou (馬英九), however, sees it as “new thinking,” as if he were willing to convince the people of Taiwan into surrendering.

TRANSLATED BY DREW CAMERON
This story has been viewed 447 times. 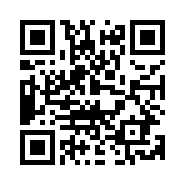