US needs to keep China in check

By Paul Lin 林保華
The third generation of the Kim dynasty is now in power in North Korea. When the 29-year-old North Korean leader, Kim Jong-un, took over the helm two years ago, observers were wondering whether he would be able to consolidate his power, and there were rumors that he was about to introduce reforms.
He has now rid himself of his uncle Jang Song-thaek, who was seen as his political regent, in a manner reminiscent of how “class enemies” were ferreted out during struggle sessions during the Chinese Cultural Revolution. Jang is said to have been executed. It has been an eye-opener to see Kim display the ruthlessness that should have been expected by the “third red generation.”
China’s third red generation is yet to take the stage, but the second generation is putting on a brilliant show with their power struggles.
Bo Xilai (薄熙來) may be in prison, but the internal struggles are continuing, and they are now revolving around Zhou Yong-kang (周永康), a former member of the Chinese Communist Party’s (CCP) politburo and former secretary of the Politics and Law Committee.
He is said to be guilty not of the regular corruption offenses, but of planning to overthrow and assassinate Chinese President Xi Jinping (習近平). A magnificent battle seems unavoidable.
During the Cultural Revolution, Mao Zedong (毛澤東) accused Lin Biao (林彪) of plotting to assassinate him and said that Lin’s flight crashed in the desert on his way to the Soviet Union after a failed coup attempt. This version of events is now being increasingly questioned, but in the case of Zhou, there is a concrete time and place for the alleged assassination plan.
The Bo-Zhou “anti-CCP clique” is more real than any of the anti-party cliques during the Mao era. In the trial against Bo, the CCP avoided political issues, but the question now is: Will he stand trial again?
If it is true that those who excel in internal fighting within their own organization are amateurs when it comes to fighting anyone outside their own organization, then let them fight it out between themselves. Those not involved can stand on the sidelines and watch.
However, this is not the case here. When China announced its air defense identification zone, it was aimed at neighboring countries, mainly Japan, but also Taiwan. It was also meant to send a message to the US, which is backing both Taiwan and Japan because the announcement has a direct impact on the US-Japan security pact.
Some international observers who have been influenced by the CCP think that Xi is under pressure from hawks in the military and that Xi told US Vice President Joe Biden as much during Biden’s visit to Beijing. Biden, who did not want to embarrass Xi, did not say anything about it after the meeting.
When China fired missiles into Taiwanese waters in 1996, it was reported that then-Chinese president Jiang Zemin (江澤民), told then-US president Bill Clinton the same thing, and that Clinton subsequently spoke up in support of Jiang and even admired Jiang’s charisma.
The US has always been tolerant of China to appease it and stop it from challenging the international “status quo” by military means. By doing so, it has sowed the seeds of disaster, and China has now become a serious threat to regional stability and security.
According to reports from the pro-China Chinese-language Hong Kong publication Asia Weekly, the CCP’s Central Military Commission said that the decision to announce the air defense identification zone was made by Xi four months ago, and it has been seen as a big breakthrough for China’s air and sea strategy.

Japan and South Korea have taken very decisive countermeasures, but Taiwan’s response has been weak. President Ma Ying-jeou’s (馬英九) response has been wholly questionable. He will not even speak the word “sovereignty,” and in this way he could be suspected of betraying the free world.
The People’s Liberation Army is calling for military action against those who do not respect the regulations. If this does not reflect on a country’s sovereign status, then what does?
China’s princelings normally bask in the glory of their fathers’ revolutionary exploits, and that makes them glorify violence without a proper understanding of the blood and suffering that lies behind the results they are now enjoying. This makes them arrogant and at the slightest sign of increase in military power, they start their saber-rattling.
If the free world does not take strong countermeasures to teach them a lesson, they will become even more arrogant. If they are given an inch, they will take a mile, and that puts world peace at great risk.
In this situation, the US has a particularly heavy responsibility.
Paul Lin is a political commentator.
Translated by Perry Svensson
Taipei Times 2013.12.13 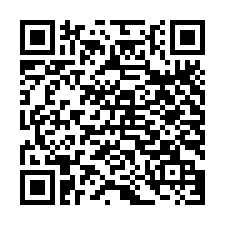