US places economy over security

By Paul Lin 林保華
US President Barack Obama is expected to appoint Senator Max Baucus as the next US ambassador to China. Ambassador Gary Locke is a former commerce secretary, and the appointment of Baucus demonstrates Obama’s continued focus on the economy in US-China relations.
Locke has done a good job. Under former secretary of state Hillary Rodham Clinton, who took a hard diplomatic stance, Locke, thanks to his personal qualities and his Chinese background — he is the first Chinese-American ambassador to Beijing — acted with caution. As a result, he navigated several major incidents safely, such as the case of Wang Lijun (王立軍), the ex-police chief of Chongqing municipality who sought asylum in the US during the Bo Xilai (薄熙來) affair, and the Chen Guangcheng (陳光誠) incident. His accessibility has also helped the Chinese people understand the difference between democracy and dictatorship.
As chairman of the Senate Committee on Finance, Baucus has followed US-China economic relations for years, but he is inexperienced when it comes to national security and human rights issues. US Secretary of State John Kerry is not as tough as Clinton, which means that we should pay close attention to the future of US-China relations.
When China established the East China Sea air defense identification zone, the Pentagon took its usual tough stance while the US Department of State adopted a more cautious approach on the issue.
When Beijing denied visas for some US journalists, US Vice President Joe Biden merely protested privately during his recent visit to China, and Washington did not show retaliation toward Chinese journalists.
The economic benefits are certainly deserving of our attention, but national security issues are more critical. Economic benefits mean nothing without national security.
The US economy will not collapse even if it is not doing well in the Chinese market, although the Chinese economy will be affected if the US economy fails.
By indulging China, the US is courting disaster, whereas a focus on increasing budget expenditures for its military, espionage prevention and diplomacy would certainly be more critical than focusing on its economic interests.
After Baucus was mentioned as a potential appointee, China immediately responded by lifting its ban on US beef imports. Chinese President Xi Jinping (習近平) also personally ordered that visas be issued to Bloomberg journalists.
Obviously, China knows that the US attaches importance to the economy, and Beijing would rather see an ambassador who cares more about business than politics.
Nevertheless, US Consul-General to Hong Kong and Macau Clifford Hart has a military and security background. He is familiar with Asian affairs and is active and accessible. He seems to be a brilliant diplomat.
Xi granted visas for some Bloomberg journalists who uncovered and reported on the business dealings of Xi’s family, as a show of his generosity.
Regarding the denial of visas for the New York Times journalists who uncovered the dealings of former premier Wen Jiabao’s (溫家寶) family, that was none of Xi’s concern.
Beijing will issue visas to other US journalists eventually. After this most recent incident, however, most foreign journalists and news agencies might practice self-censorship in China.
The US is also paying more attention to Taiwan now. Recently, Taiwanese Representative to the US King Pu-tsung (金溥聰) and American Institute in Taiwan (AIT) Chairman Raymond Burghardt arrived in Taipei close to the same time.

Clearly, they are here to discuss an important issue. The US Department of State’s arrangement of Environmental Protection Agency Administrator Gina McCarthy’s visit to Taiwan is a symbol of the strengthening relations between the Taiwan and the US.
Meanwhile, AIT Managing Director Barbara Schrage is soon to retire. She will be replaced by Joseph Donovan, a diplomatic adviser to the chairman of the Joint Chiefs of Staff, early next month, to strengthen Taiwan-US military and diplomatic relations.
The appointment is surely related to the Chinese military expansion.
Perhaps President Ma Ying-jeou (馬英九) learned his lesson from China when dealing with the US.
On Dec. 20, Taiwan and the US signed an agreement for cooperation concerning peaceful uses of nuclear energy.
On the surface, the agreement ensures US supplies of nuclear fuel and facilities for Taiwan’s nuclear power plants. However, Taiwan is profiting from the US while also showing its loyalty.
The agreement may also sever ties between Taiwan’s environmental groups and Washington, which may think that the groups that oppose Ma’s nuclear policy are also anti-US. If this were the case, Ma could lean toward China even more.
The future triangular relationship between Taiwan, China and the US will inevitably affect the national security of both Japan and South Korea, and it will be crucial to regional stability in Asia.
Paul Lin is a political commentator.
Translated by Eddy Chang 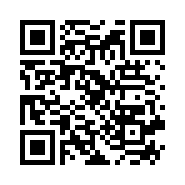