Despite the American Institute in Taiwan’s denials of US involvement in the case involving former Mainland Affairs Council (MAC) deputy minister Chang Hsien-yao (張顯耀), the nature of the circumstances in which the allegations of leaking confidential information to China have emerged only makes sense if the US had played a crucial role.

Of course, countries involved in espionage do not go around broadcasting their clandestine actions unless they are, for example, trying to secure the release of an agent who has been caught. Given the circumstances, several questions have arisen.

First, MAC Minister Wang Yu-chi (王郁琦) initially said that he had been informed of Chang’s alleged transgressions by an “outside source,” and it was this information that instigated the case. Who was this outside source?

We can answer this on two levels. For a start, the outside source must have been either China or the US, but it is unlikely to have been China, for the revelations are unhelpful for Beijing’s aim of eventual unification. Also, these days, nobody would risk spying on China for Taiwan, for to do so would be to risk offending Chinese President Xi Jinping (習進平) and President Ma Ying-jeou (馬英九) at the same time. Therefore, the source must have been the US, and only the US would have the ability to do this.

In addition, the Ma administration receives intelligence about the actions of people in their circles all the time, but do not always act on such reports. It would probably have known about concerns over certain individuals, such as former Taoyuan County deputy commissioner Yeh Shih-wen (葉世文) and Chinese Nationalist Party (KMT) Taipei City Councilor Lai Su-ju (賴素如), but did not act until the news broke about their alleged involvement in corruption.

However, in this latest instance the KMT did not dare ignore the intelligence. Only the US would have this kind of influence over the Ma administration.

Second, why was it necessary to remove Chang from his position in the first place? Why the need to discipline him at the same time as offering a reward?

The outside source would not have handed national security intelligence of this importance to Wang, a mere minister-level official, and neither would Wang have dared suggest that Chang, whom the president had specifically chosen for the job, be plucked from his seat.

Therefore, it would have been Ma himself who received the intelligence from the US, and Ma knew that the reported misdemeanor was not instigated by Chang, as it was Ma himself who had wanted the information leaked. All he could do, then, was to feign ignorance and let Chang take the fall. Wanting to avoid getting his hands dirty, the president left Wang to deal with it or else go through National Security Council Secretary-General King Pu-tsung (金溥聰).

That is why Wang was able to dangle the possibility of chairmanship of a state-run company in front of Chang, which would have sent a message to the US. It is inconceivable that neither Wang nor the Ministry of Justice’s Investigation Bureau knew the truth of the matter and were just following orders from their superiors. Ma, having sought to distance himself from the matter and put King into the firing line, could have his spokesperson announce that everything was in hand.

Third, it needs to be determined whether there is any tension between Chang and King. Ma would not have picked Chang without having first cleared it with King, the “underground president,” but Chang had to take the fall for not playing the game.

Fourth, why did the government send Chang to attend talks in Beijing on Aug. 6 when it had received the intelligence implicating him in mid-July? Ma knew that Chang was only executing his own orders, selling Taiwan down the river and leaking information, so where was the harm in sending him one more time? After all, he knew Chang would do what he wanted.

Fifth, who was Chang referring to when he said individuals in Ma’s circles had sabotaged the possibility of a meeting between Xi and Ma? The first thing to understand is that Ma has surrounded himself with cronies: Nobody sabotaged anything. It is the US that does not want Ma to get too close to Xi, because that would mean moving away from the US.

King, meanwhile, has just returned from a two-year stint as Taiwan’s representative to the US. During this time he would have been made aware of the US’ resolve, and would have advised more caution.

Finally, this whole event is possibly more significant than is being acknowledged. The US used Chang to show Ma that it would not approve of him stepping over the red line, while Ma knows that he will have to be more discreet in the future. He will also have to be more careful to make sure Beijing understands exactly where he is coming from. — Wang may well find himself the fall guy.

The MAC and the Association of Relations Across the Taiwan Straits are both playing down the importance of this incident, and Beijing is playing along to avoid rocking the boat. However, Ma can probably kiss goodbye to any hopes of having a meeting with Xi, and civil groups will be watching contact between Taipei and Beijing even more closely from now on. 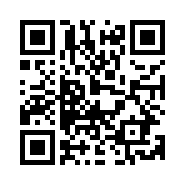