Vigilance required despite DPP advantage
By Paul Lin 林保華
Taipei Times  2015.7.5
This year marks the 120th anniversary of the Treaty of Shimonoseki signed between China’s Qing Empire and Japan, and also the 70th anniversary of the end of World War II. Both these events affected Taiwan’s destiny. For most of the post-war period, Taiwan has been ruled by the Republic of China (ROC) after its expulsion by the People’s Republic of China (PRC). This has created a complex political situation.

After former vice president Lien Chan (連戰) took over as Chinese Nationalist Party (KMT) chairman, the KMT started to work with the Chinese Communist Party (CCP) against Taiwan, and since President Ma Ying-jeou (馬英九) came to power in 2008, he has gradually yielded the nation’s sovereignty to China.

However, the Sunflower movement and the nine-in-one elections last year changed the situation significantly. Although Ma still holds administrative and judicial power, and although the KMT keeps stirring up trouble, it cannot be denied that both domestically and internationally the Democratic Progressive Party (DPP) is more favorable than ever before.

China’s military expansion and the US’ “rebalancing to Asia” policy have again highlighted the importance of Taiwan’s strategic position. As Taiwan-US relations grow closer, Ma’s pro-China policy is encountering difficulties, which is boosting Taiwan’s political, economic and military autonomy.

China is increasingly isolated diplomatically, and the CCP is engulfed in its severest power struggle of the past 26 years, with no sign of improvement. The Chinese economy is slowing and its stock market could crash at any time. These factors affect China’s Taiwan policy. Beijing has been frustrated by Hong Kong, so it dares not adopt a more aggressive Taiwan policy. Beijing has no choice but to face the DPP.

The KMT is also caught in a power struggle. The KMT’s “mainstream” force led by Deputy Legislative Speaker Hung Hsiu-chu (洪秀柱) is turning the party into another version of the deep-blue New Party, which could cause a split. The DPP won the most cities and counties ever in the nine-in-one elections, meaning independent Taipei Mayor Ko Wen-je (柯文哲) is unlikely to go against the party, and the integration of a “third force” is faltering. This is advantageous for the DPP in the lead-up to next year’s elections.

The government’s “minor adjustments” to high school curriculum guidelines led to senior-high school student protests and the younger generation now sees the KMT as its enemy, while support for the DPP’s ideals is growing.

Given these circumstances, DPP Chairperson Tsai Ing-wen’s (蔡英文) chances of winning the presidential election have increased significantly, and the party might win a legislative majority. However, things change and the party should be cautious in its handling of relations with the third force, including the People First Party.

The DPP is shouldering a greater responsibility. As the end of the Ma era approaches, a number of cases of corruption and negligence might be exposed. The DPP should resolve those problems immediately if it wins the election to save Taiwan from deteriorating.

The DPP should offer better policies and visions, and improve its crisis management abilities. The Formosa Fun Coast (八仙海岸) fire has exposed the insufficiency of medical facilities. This problem is crucial to public health and welfare. Concerning the construction of the Taipei Dome and the Fourth Nuclear Power Plant in Gongliao District (貢寮), New Taipei City, the DPP should propose or consolidate its policy suggestions. 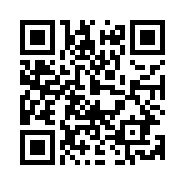